While Remedy has still not announced whether it will be a new Alan Wake game, it appears that the team is already expanding its lore. After all, Control has basically confirmed that the game is set in the same universe with Alan Wake.

While playing Remedy’s latest title, players can recover some really interesting confidential reports about the incident in Bright Falls. According to the reports, Alan Wake has created an Altered World Event. This AWE caused reality to alter so it can match Wake’s story.

Although the authorities could not find Alan Wake, the Bureau has flagged Wake as a Parautilitarian. In the world of Control, Parautilitarians are individuals capable of wielding paranatural powers, usually by binding to Objects of Power. In that case, the clicker or the typewriter are the Objects of Power in Alan Wake. Quite fascinating to be honest.

Furthermore, the reports state that Alan’s wife, Alice, had been trapped in the Threshold during its manifestation. Threshold is basically a “room” in The Oldest House. For those unfamiliar, The Oldest House contains numerous Thresholds; rooms leading to alternate dimensions which affect the appearance of the Oldest House’s interior. Therefore, Alice was trapped in such a room during the events in Bright Falls.

It will be interesting to see whether Remedy will use this easter egg in order to create the story of Alan Wake 2. Fans have been asking for a sequel to this title for years, and – if Control is successful – this may happen.

I’ve included below the three reports that players can find in Control regarding Alan Wake. These documents do not contain any spoilers, however I strongly suggest avoiding them if you haven’t finished the game. 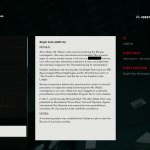 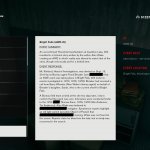 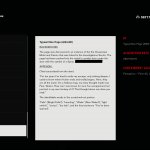