The full list of all upcoming PC games that will support real-time ray tracing via NVIDIA’s RTX technology is the following. 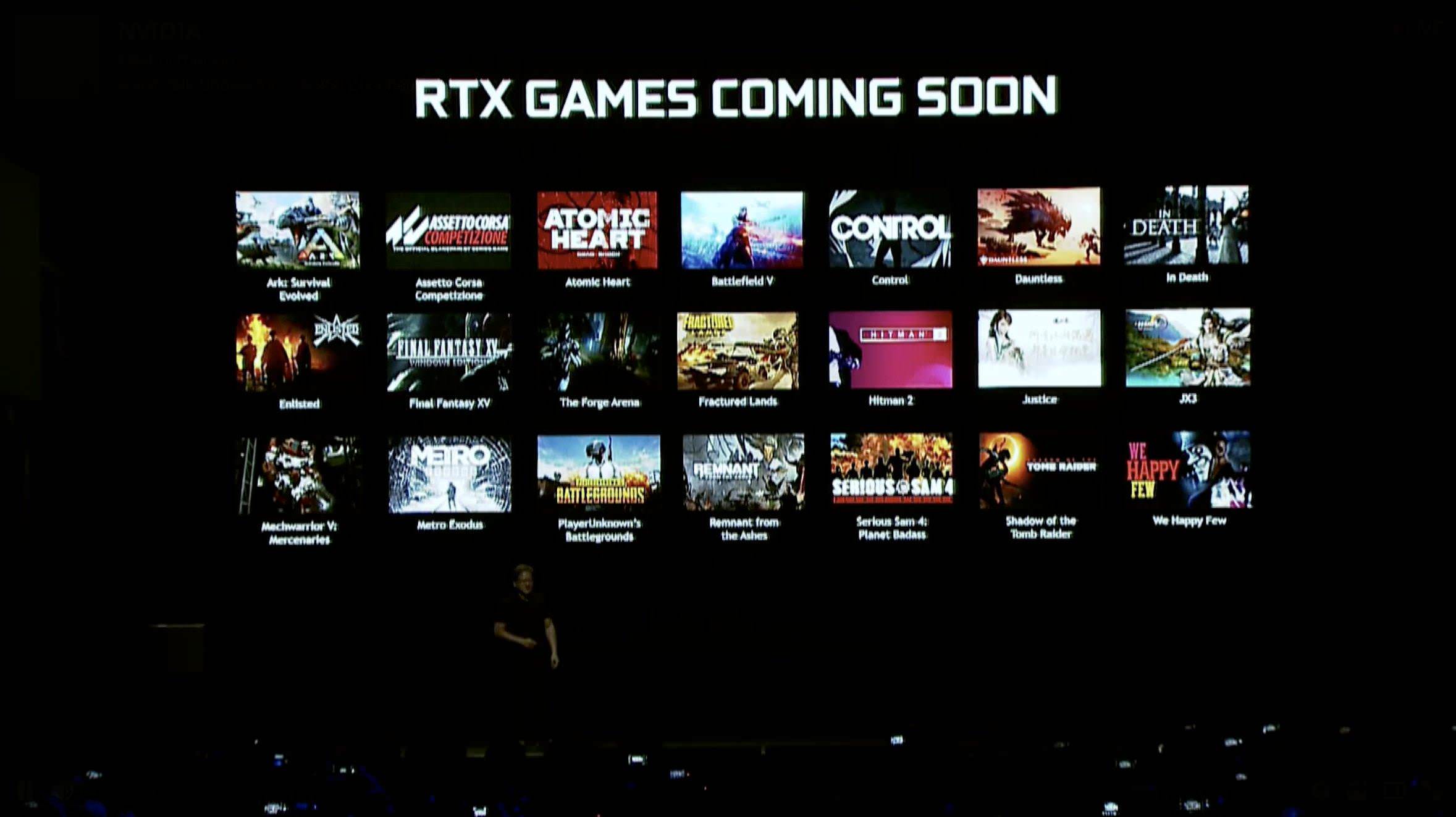 In other words, we are looking at 21 games that are coming in 2018 and 2019 that will support real-time ray tracing. Unfortunately we don’t know how each and every game will take advantage of RTX. For example, Battlefield 5, Assetto Corsa and Atomic Heart will be using RTX for reflections and refractions, whereas Shadow of the Tomb Raider will be using it for ray traced shadows. On the other hand, Metro Exodus will use it for its Global Illumination and Ambient Occlusion solution.

Still, we believe that this is pretty solid list of games that will be using the RTX technology. It will be also interesting to test some of these games – that have already been released on the PC – and measure the performance with and without RTX.

It seems that the games listed above will not be using real-time ray tracing after all (or at least not all of them). While the green team included all these games in its graph and presentation, it appears that some of them will use real-time ray tracing and others will only take advantage of the DLSS technique that was used to run the Unreal Engine 4 Infiltrator tech demo.

As NVIDIA revealed after its event:

So there you have it. No real-time ray tracing for Final Fantasy XV, Serious Sam 4, PlayerUnknown’s Battlegrounds, ARK: Survival Evolved or Hitman 2!