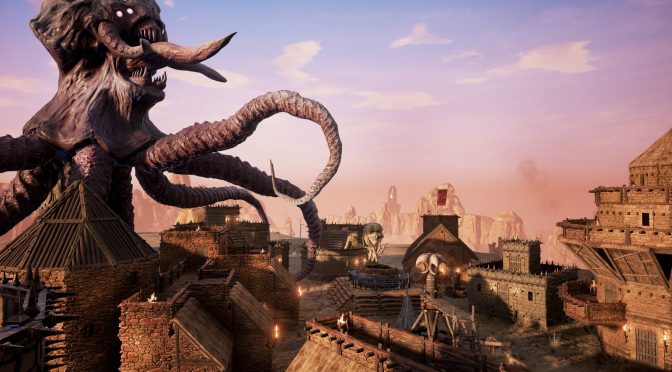 Conan Exiles has just been launched via Steam’s Early Access program. According to the development team, the current Early Access version is a good representation of what Conan Exiles will be like. Naturally, the game will receive patches that will improve optimization, fix bug, and add new features and content to it.

According to Funcom, Denuvo does not affect the game’s performance.

“We are utilizing a widespread, industry-standard solution to combat piracy and cheating in Conan Exiles. The reason behind this is simple: to protect all the time, talent, and effort that’s going into the game.

We’ve tested for an impact on Conan Exiles’ performance, and have found no evidence that suggests that these services negatively affect how well the game runs.”

Keep in mind that Conan Exiles is an always-online title, therefore the existence of Denuvo should not really concern those interested in it. In other words, Funcom may stop supporting this game (and close its servers) long before Denuvo decides to ditch its anti-tamper tech (and close its own servers).