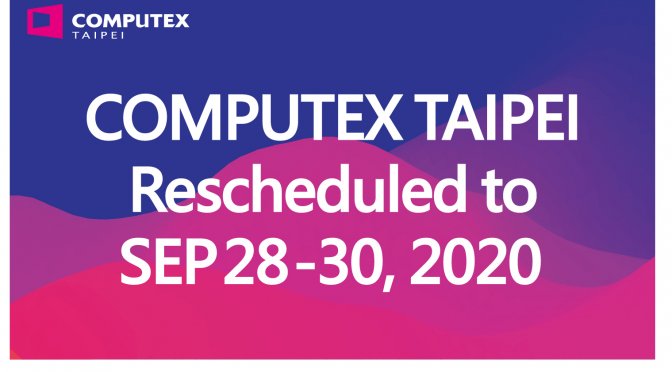 Computex has announced that its annual technological event, Computex Taipei, has been rescheduled. Instead of going live in June 2020, this event has been delayed until September 28th, 2020.

As you may have guessed, the reason behind this delay is the Coronavirus outbreak. However, and contrary to some other events like GTC and E3, this event will not be cancelled. Instead, Computex now plans to launch its annual event in September 2020.

Furthermore, and according to McKinsey’s latest epidemic report, the epidemic in China and East Asia will be controlled at the beginning of the second quarter. The epidemic situation in Europe and the United States will also slow down in June. TAITRA will enhance inviting global visitors to attend COMPUTEX in September through its 63 overseas offices.