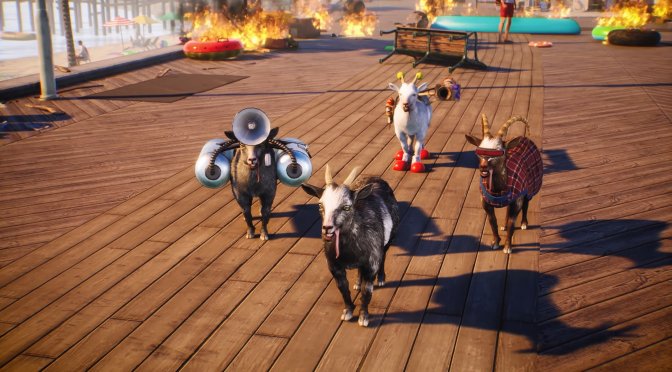 Coffee Stain Publishing, Coffee Stain North and Koch Media have announced Goat Simulator 3, which will release this Fall exclusively on Epic Games Store. In order to celebrate this announcement, the teams released the game’s debut trailer that you can find below.

Now what I really love about this trailer is that it’s a parody of the Dead Island 2 trailer. This is truly hilarious (as Dead Island 2 is still in development hell), so kudos to the teams.

Goat Simulator 3 is a direct sequel to Goat Simulator, a silly game that started life as an April Fool’s joke born out of a game jam. The game builds on everything fans of the first game loved, raising the bar to brand new heights (sometimes literally).