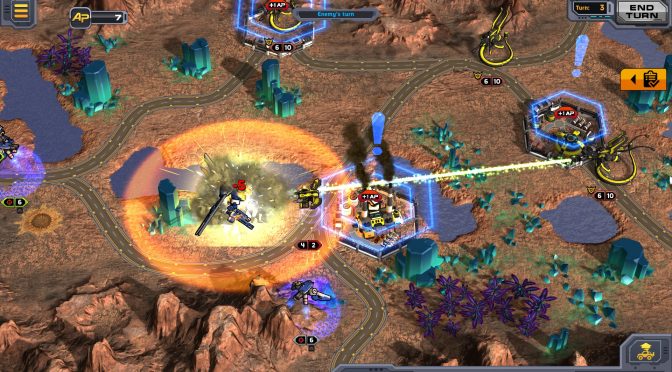 1C Company has announced that Codex of Victory has been released today. This sci-fi turn-based strategy with real-time base building elements is now available for Windows, Linux and Mac OS via Steam and other digital stores.

In this sci-fi turn-based strategy with real-time base-building elements, players will be defending human territories against the transhuman Augments. Players will expand their HQ, and manufacture and upgrade an army of advanced drones to wage interplanetary war for Humanity

Codex of Victory also offers a demo version on Steam (Windows, Linux, Mac OS) to introduce gamers to the forthcoming breakout of war between humans and the Augments.

According to the press release, Codex of Victory features an extensive story-driven, single-player campaign that tasks you with building and commanding a hi-tech army of drone vehicles, tanks and robots. The campaign offers an exciting mix of real-time base building, global strategic planning and turn-based combat.