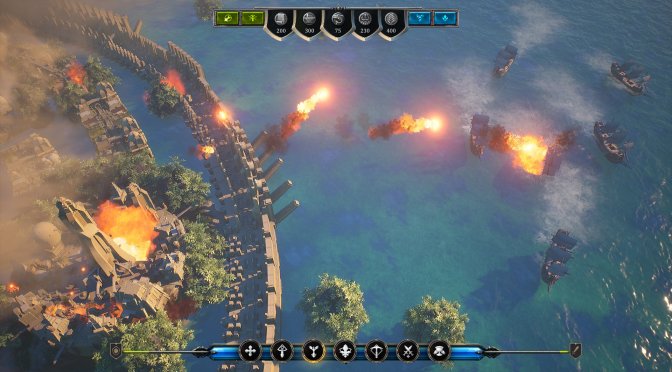 CreativeForge Games has announced City of Atlantis; a new isometric city-building survival game for PC. In order to celebrate this announcement, the publisher released the game’s debut gameplay trailer that you can find below.

According to the team, city management is key in City of Atlantis. Players can plan each expansion in such a way that it ensures maximum efficiency of production chains and transportation. Additionally, they can workaround non-workable areas and utilize gathered knowledge to constantly progress and improve.

“A well-designed city will significantly improve its economic efficiency, greatly increasing your income. Be cautious though! Bad decisions and neglecting certain aspects of city life can result in the tragic death of an entire society.”

Furthermore, players will defend their city from tsunamis by building huge water breakers and reinforcing the outer layers. Players can build defensive structures to fend off armies of ancient warriors from Greece and Egypt, and control the spread of deadly diseases.

There is currently no ETA on when City of Atlantis will release.