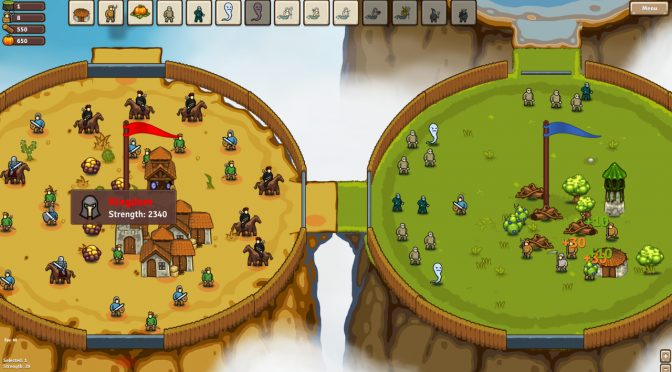 Iceberg Interactive and developer Luminous announced a new PC real-time strategy game, called Circle Empires. As the press release reads, Circle Empires started as an indie demo which was available on Game Jolt and has been downloaded by well over 150.000 strategy fans.

Since then Circle Empires has blossomed into a fully-fledged real time strategy game, with completely overhauled art and countless new features, which will be available in August 2018 and will be priced at $7.99.

“We worked on the Circle Empires demo for many years and we’re pleased to now have a final product in our hands. Folks who played the demo can expect a greatly improved experience with a lot more content. Love from thousands of Youtubers during the development (who only played the demo, without having the faintest idea Luminous was making it into a full-sized RTS) actively inspired us to stay focused on bringing the game to a new level of experience.”

In Circle Empires, players will be the god-like leader of their tiny kingdom, on the road to power. Using their guile and strategic prowess, players must hunt down increasingly powerful foes and expand their territory, and the game world will change every time they play.

Here are the key features of Circle Empires: