CD Projekt RED has revealed some new information about Cyberpunk, as well as its official title. Cyberpunk 2077 promises to be an ambitious RPG for mature audience that is set in year 2077. The game will take place in a sandbox environment of a vivid and detailed night city and will feature a multi-thread story.

In addition, Cyberpunk 2077 will feature advanced RPG mechanics that will be based on pen&paper RPG system and will be upgraded to the 2077 setting.

In other news, The Witcher 2 is coming to Mac and CDPR has demonstrated the REDkit mod tool. 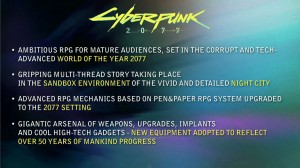 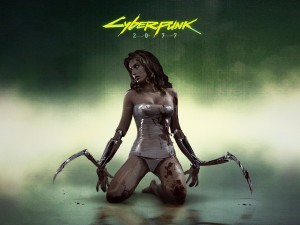