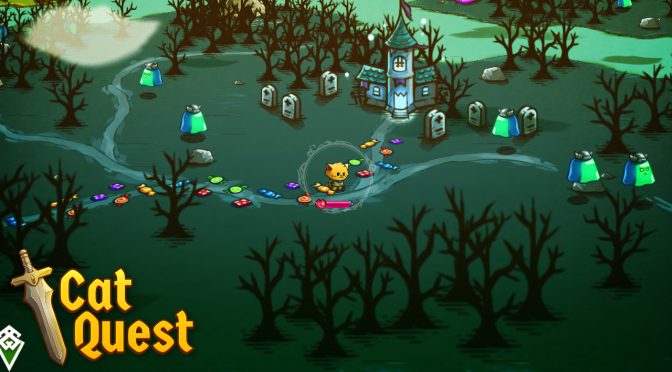 PQube has announced that it will be teaming up with developer The GentleBros to release Cat Quest this Summer. In order to celebrate this announcement, the publisher has released a new trailer and a gameplay walkthrough for Cat Quest that can be viewed below.

Cat Quest is an open-world top-down 2D RPG set in the wonderful world of cats in which players engage in intense real-time combat and explore a massive continent and experience the ultimate catventure.

According to its description, players will relive the good old days of exploring an overworld map as they raid dungeons for epic loot, complete quests and meet the many furry denizens of the world of Felingard.