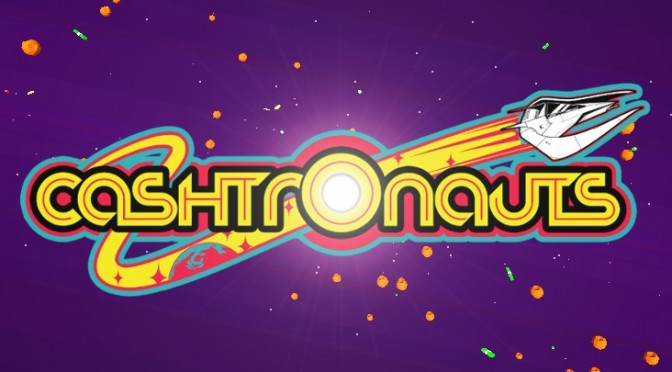 Mariko McDonald has informed us about Cashtronauts, a retro arcade-style game for one to four players split into two game modes: Venture &  Skirmish. This new retro arcade-style title aims to raise $10K in total, and has so far earned $2K. In order to spark interest, the team released a demo that can be download from its Kickstarter page.

In Cashtronauts, players get to choose their ship and their play style as they can focus on mining, pirate hunting or just pillaging and looting their fellow players. In addition to mining and shooting, players can bid on upgrades and powerups in the Black Hole Market without slowing down the frenetic pace of the game.

Cashtronauts is being developed by Pixels & Poutine, a loose collection of indie developers based in Montreal, QC. Head Cashtronaut, Simon Prefontaine, was recently featured as a finalist in the Walking Dead All Out War game jam competition for his game Don’t Make Me Turn This Car Around.