We are really shocked with what the community can find and fix. We are big fans of SSF4: AE and it didn’t really cross our minds that some lighting effects were missing till someone pointed it out at Capcom’s official forum. Apparently, Capcom made a “mistake” while porting SSF4: AE to the PC as these lighting effects are present in SF4 and in the console versions of SSF4: AE. So, DarkSamus – the one who found out this bug – went ahead and offered a fix that can be downloaded from here.

Capcom’s Christian Svensson acknowledged this issue and promised to fix these lighting issues in the next patch. So if by any unknown reason you don’t want to download and install this little mod, wait for the official patch that will be released sometime in the near future.

Here are some screenshots and a video that showcase this particular lighting issue! 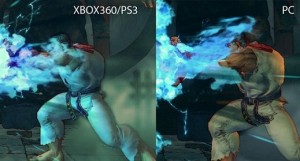 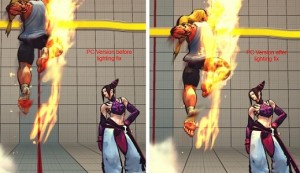