Infinity Ward and Raven Software have released Season 3 for Call of Duty Warzone which brings support to NVIDIA’s DLSS tech. By using DLSS, RTX owners will be able to increase their framerates at all resolutions.

While we won’t be testing this game, NVIDIA shared the following benchmarks. According to the green team, even the RTX3060 can offer more than 60fps in 4K/Max Settings and with DLSS Performance Mode. On the other hand, all the GPUs from the RTX3060Ti and upwards can run the game with more than 100fps. 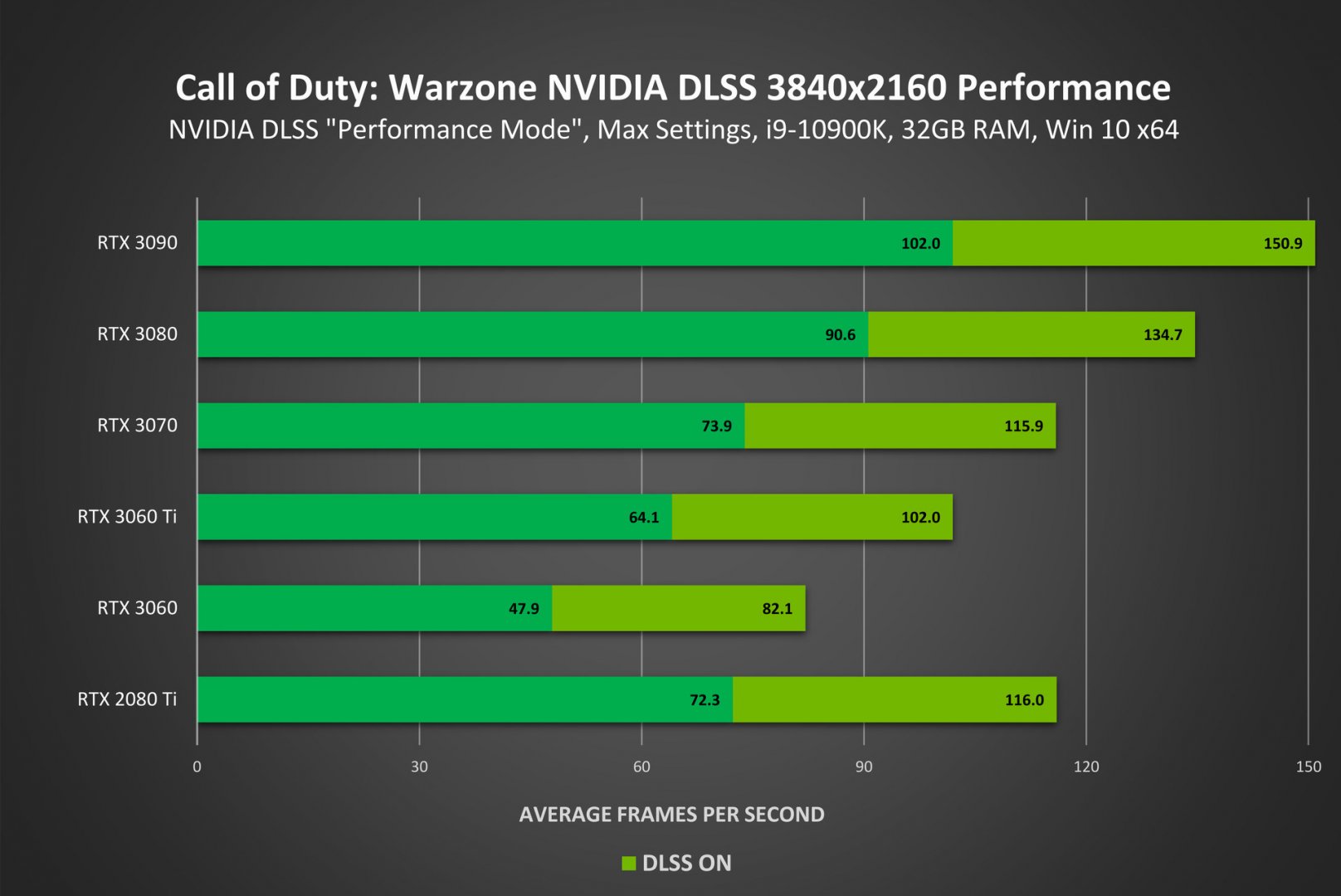 NVIDIA has also shared the following video, in which it shows its DLSS tech in Warzone in action. From the video, it seems that DLSS works great in this game, and looks as good as the native resolution.