It appears that a standalone version of Call of Duty: Modern Warfare Remastered will be released on June 27th. This standalone version will be priced at $39.99 and we expect Activision to officially reveal this version later this week.

CharlieIntel got the first images from the game’s case. And while these are for PS4, we expect that Activision will release this standalone version digitally on Steam.

Below you can find the game’s case. 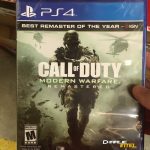 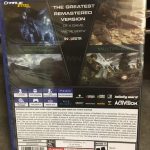 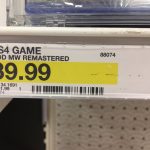