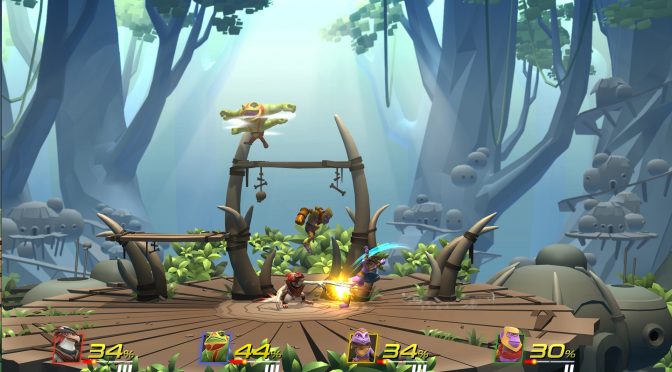 According to its description, Brawlout will feature a single-player mode, and will support local and online battles.

Each character in Brawlout starts out with more accessible attacks, and you will be able to grow it with special attacks, new combo options, more movement abilities and advanced tech moves.

Moreover, each character is designed around a unique fighting style, to make each fight more strategic: grapple opponents, freeze them, dive kick their face, bomb them with projectiles or smash them with long range whips.

Brawlout is planned for an early 2017 release.

Enjoy its announcement trailer below and stay tuned for more!