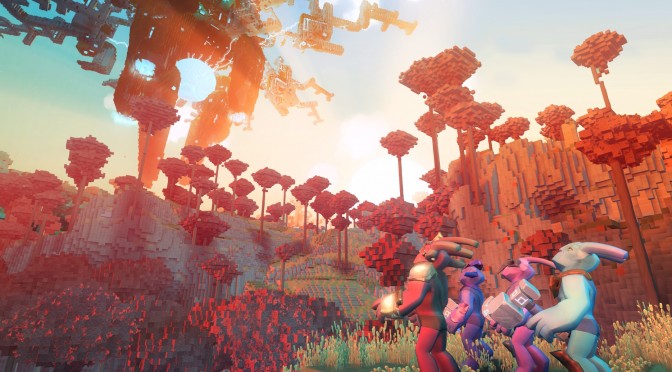 Wonderstruck announced today Boundless; a super ambitious PS4 and PC cross-platform procedurally-generated sandbox game where everyone plays together in a single online universe. Basically, think of it as a multiplayer Minecraft game with cross-platform play support between PC and PS4.

In Boundless, your character is unique and your role is free to be defined. You can succeed by doing the things you love, and use coin to shortcut the things you don’t.

Here’s just a few examples of how you can make your mark in Boundless: