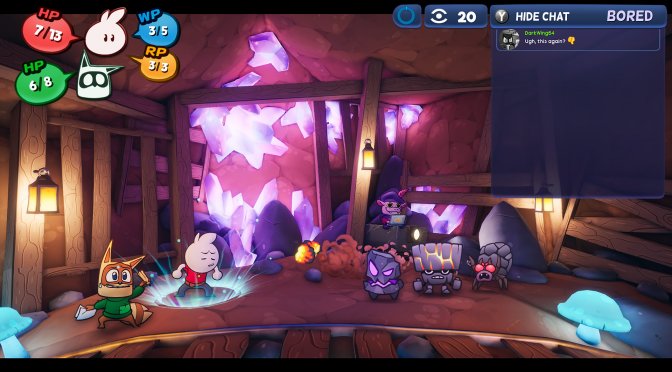 WildArts Studio has released a demo for its upcoming Paper Mario-inspired PC game, Born of Bread. Born of Bread is a 2.5 adventure game in which players can team-up with a colorful cast of characters, and looks really cool.

Players can explore the different regions of a wonderful world ripe with mysteries. Additionally, players can face off against menacing and weird baddies.

As said, the game is heavily inspired by Paper Mario. Thus, you can expect a turn-based combat system.

“To successfully land an attack, succeed the required button prompt and make sure you know what your enemy is weak or resistant against. Skip the enemy’s turn by defending and, with proper timing, and regain Will Points.”

There is currently no ETA on when the final version will come out.