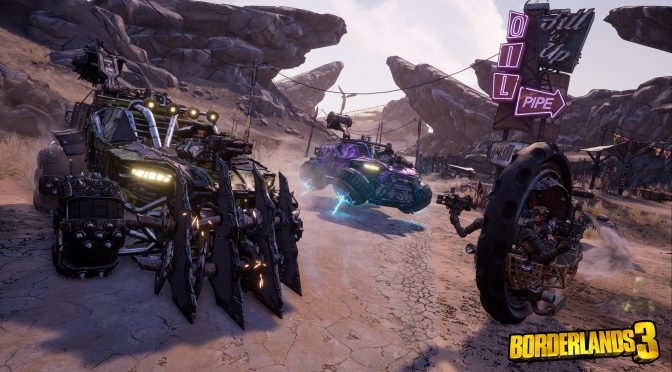 Borderlands 3 has just been officially revealed and it appears that this new looter shooter will support cross-platform play between the Xbox One and the PC versions. This is hinted at the game’s Microsoft Store page which currently includes the “Cross-platform co-op” tag.

In Borderlands 3, players can play solo or with friends to take on insane enemies, score loads of loot and save your home from the most ruthless cult leaders in the galaxy.

Although Gearbox and 2K Games have not announced official support for cross-platform play, Randy Pitchford hinted at this a couple of days ago.

For what it’s worth, 2K’s decisions aside, myself and the team at Gearbox have a very keen interest in cross-platform play. We believe multi-platform support is a pre-requisite and Epic’s leadership with cross platform support is helpful to our interests there. 3/3

Pitchford claimed on April 2nd that Gearbox has a very keen interest in cross-platform play and from the looks of it, Borderlands 3 will support this feature (at least for PC and Xbox One).

We don’t right now whether the game will also support cross-platform play between PC and Playstation 4.

Borderlands 3 is currently scheduled for a September 13th release!