It appears that IGN has leaked the release date for Blizzard’s team-based first-person shooter, Overwatch. According to a pre-order ad, Overwatch will be released on May 24th. Not only that, but an open beta early access will be available to all those who pre-order the game, and will be launched on May 3rd.

As always, take this with a grain of salt. However, our guess is that this leak is legit.

Overwatch is a 6v6 shooter that takes place on Earth in the near future, where teams of soldiers, scientists, adventurers, and oddities clash for control of iconic locations around the world.

The game features a diverse cast of 21 heroes – each with their own unique arsenal of weapons and abilities – who bend time and defy physics as they work together to complete objectives with their allies.

As Blizzard has noted:

“Teamwork is critical as players swap heroes on the fly and combine their powers to game-changing effect—the action is intense, with a focus on immediacy and fun.”

Enjoy and kudos to RockPaperShotgun for reporting the news! 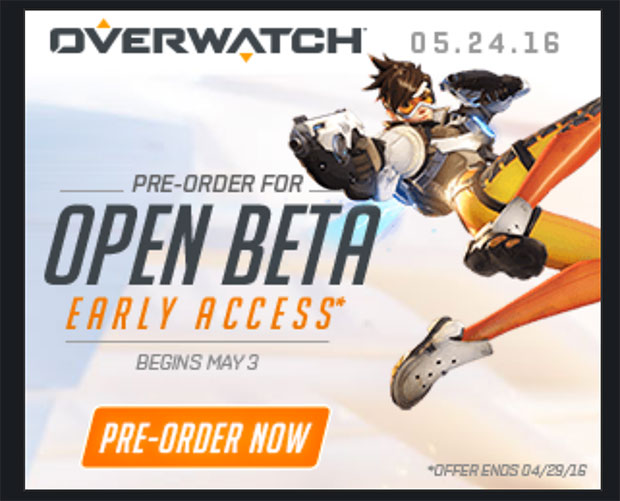