It seems the hyper offended have struck again, this time deeming Blizzard past due date for another PR fallout. It’s been a lengthy vacation for Blizzard following the dust up with Dustin Browder and that one roller derby outfit in Heroes of the Storm.

Butt now Blizzard’s decided to remove Tracer’s “Over the Shoulder” pose after a complaint was made about the pose’s implied sexuality (on analysis the poster should be targeting the yoga pants vs. the pose but whatever).

The pose in question: 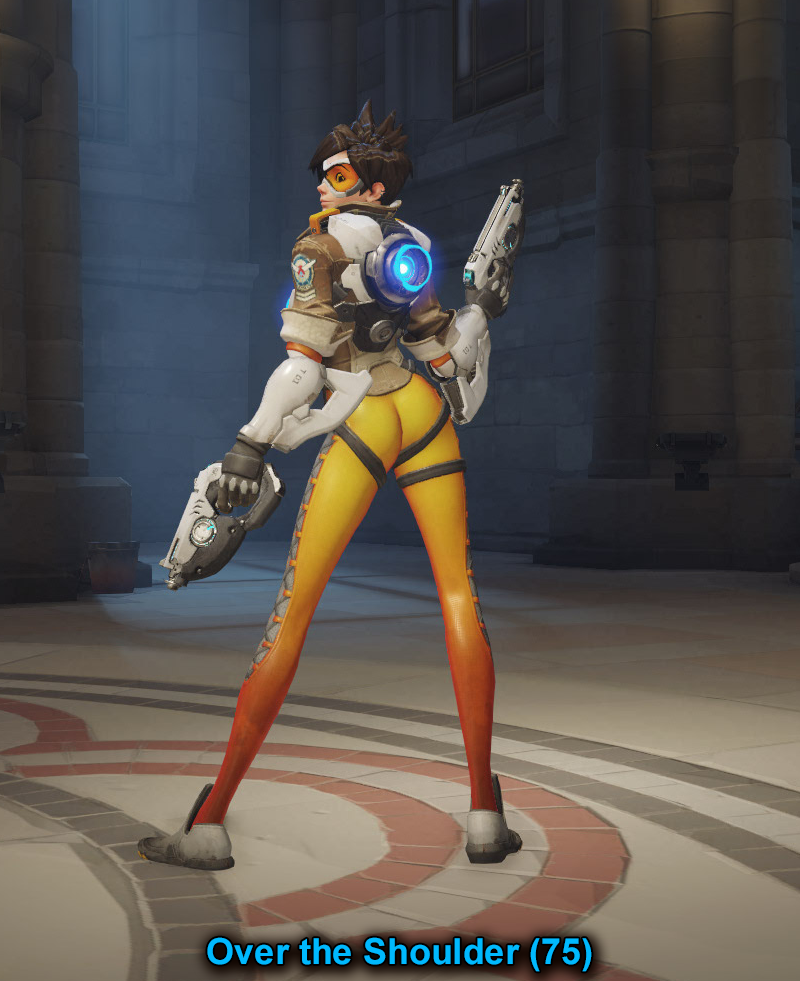 In part, the complaint that started it all:

Getting art into a triple A game isn’t a small task, it has to go through an implementer, a team lead, an art director, and a creative director. This is a team effort. And I believe the team is responsible for upholding the great example overwatch can set to the rest of the industry for creating strong female characters.

I have a young daughter that everyday when I wake up wants to watch the recall trailer again. She knows who tracer is, and as she grows up, she can grow up alongside these characters.

What I’m asking is that as you continue to add to the overwatch cast and investment elements, you double down on your commitment to create strong female characters. You’ve been doing a good job so far, but shipping with a tracer pose like this undermines so much of the good you’ve already done.

Despite the post’s poor reception on the boards, this complaint from the perspective of an individual outside the target demographic was enough reason for Blizzard to start making the appropriate changes.

The response to the removal of Tracer’s pose seems largely negative, outside the response of the boards, a strawpoll showed 90% in favor of keeping the pose and popular PC critic TotalBiscuit uploaded a parody of the complaint yesterday, the parody is fast approaching 400,000 views. Removal did seem to find majority support on NeoGAF though.

Overwatch's Strong Animal Heroes and that one Winston Pose