Although it’s Sunday, a lot of companies decided to go ahead and announce some fake projects in order to fool their fans. One of them was obviously Blizzard who made an April Fool’s announcement about a new Starcraft game for iOS devices and web browsers. What really shocked us though was the fact that Blizzard was mocking BioWare with the supposedly features of this new Starcraft game.

As you may already know, Mass Effect 3 fans were furious with the game’s ending. A lot of them hated the fact that there were similar endings with different colors and that there was not any conclusion that could make sense. Moreover, a future DLC to further explain the ending of ME3 seemed likely and that upset pretty much everyone who has been loyal to BioWare this whole time.

Well, Blizzard decided to announce a fake Starcraft game today. This supposedly new Starcraft game – named StarCraft: Supply Depot 2 – would feature multiple color coded and unfulfilling endings, as well as even more endings via revolutionary Democratic DLC. And a hero that would be mankind’s last hope. Notice anything familiar here Mass Effect 3 fans? Oh yeah, Blizzard is mocking BioWare via this fake announcement which is funny as hell. And it pretty much shows that BioWare has become the laughingstock of the gaming industry.

Keep in mind that Blizzard were not the only ones mocking BioWare. Minecraft creators have announced Mars Effect, a game with an ending that would make sense. Hilarious. 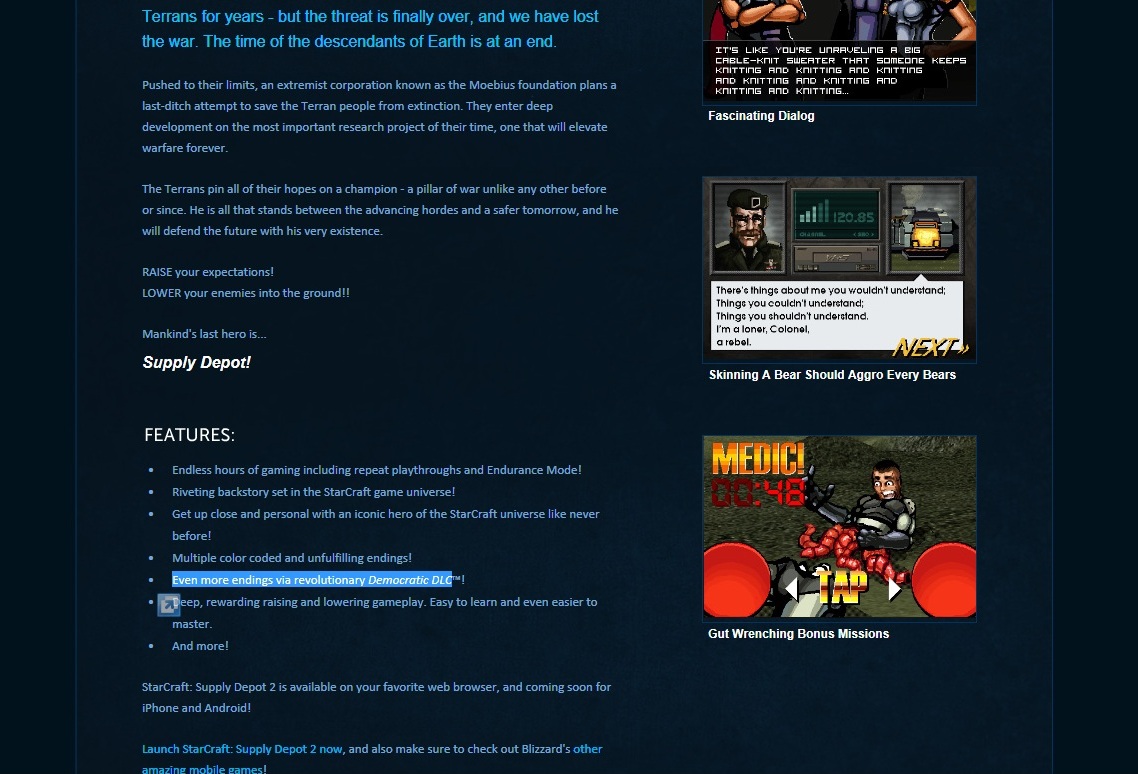