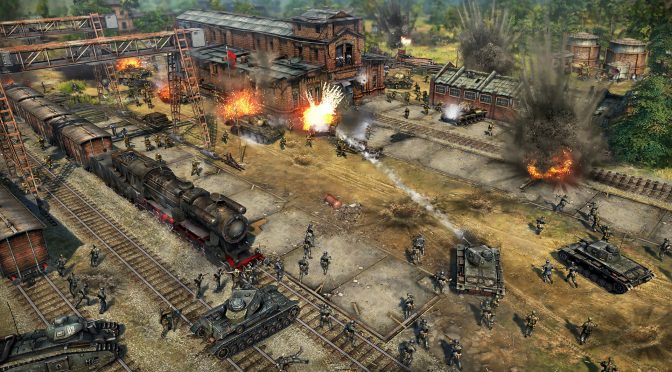 Nival has announced that it has solved one of the most ambitious problems for artificial intelligence specialists as its engineers created the world’s first neural network AI for the real-time strategy. This challenging task was chased by a large number of leading companies, including the Deep Mind, IBM, etc.

As the press release reads, Blitzkrieg 3’s AI, named Boris, is capable of playing at the top player’s level while not using any hidden information about the enemy.

Below you can find a video in which the AI ??plays against one of the studio staff who stressed the AI’s unusual behavior. In this video, the AI constantly scouts the map, actively relocates its units, and changes its tactics depending on the situation.

For instance, in one of the episodes Boris started by landing his paratroopers to attack a single enemy tank. But when reinforcements tanks came, his troops immediately took the defensive positions in the buildings and tried to utilize the artillery.

The video also states that playing with general Boris will be available for general public at the upcoming March update.

“Despite the fact that the leading companies of the world are working on this problem, we have managed to create the first neural network AI for RTS. It is worth noting that Boris plays fairly. He does not use the information under the fog of war, as well as any other hidden information about the enemy. We gave him only the basic tactical moves, but during his training he invented a variety of strategies. He makes decisions just like a talented military leader. It has become difficult to predict his actions now, and, most importantly, to distinguish them from human behavior.”