It appears that someone managed to hack Battlelog last night. At around 3:30 PM EST games were unable to be joined and the poll at the bottom of Battlelog was for BF4 beta. The interesting thing here is that the poll featured an option with which the hacker could still someone’s password, meaning that you should change your password if you were among those who were fooled.

DICE and EA were quick to react and everything seems to be back to normal.

According to Battlelog developer, DarkLord7854, logins are safe and no data has been compromised by this attack.

EA will most probably issue an official statement in the coming hours.

You can find below an image showcasing the hacked poll of Battlefield 4 Beta, thanks to Guru3D’s member ‘lucidus’.

Enjoy and remember to change your passwords (just to be sure)! 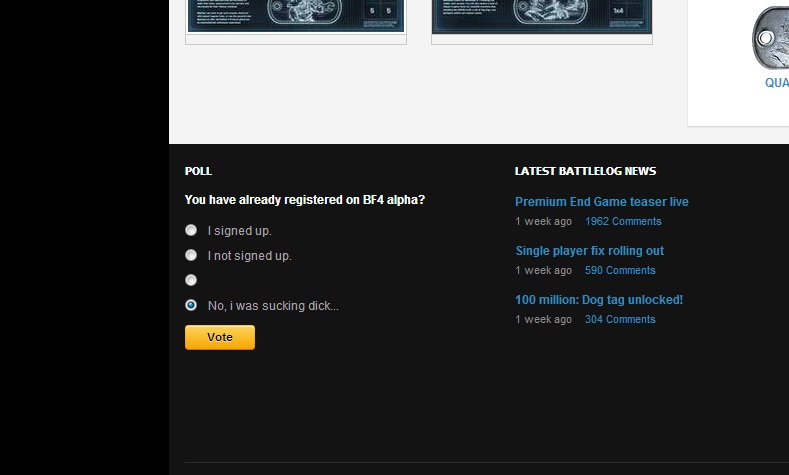