Man, EA must be unhappy with all those leaks these days. Battlefield Premium Service’s fact sheet has been leaked online and reveals everything you want to know about DICE’s and EA’s upcoming service. According to the fact sheet, players will have to pay a one-time fee of $49.99 USD. Those who’ll be using this service will be get early access (two weeks) to all future expansion packs. In addition, member will receive a host of unique in-game items not available anywhere else.

The fact sheet has also revealed all five DLCs for Battlefield 3. After Closed Quarters, Battlefield 3 fans can expect to get their hands on Armored Kill, Aftershock and End Game. Those who purchase Battlefield’s Premium Service will also gain access to the first BF3 DLC, Back to Karkand.

Battlefield Premium Service will be launched on June 4th! 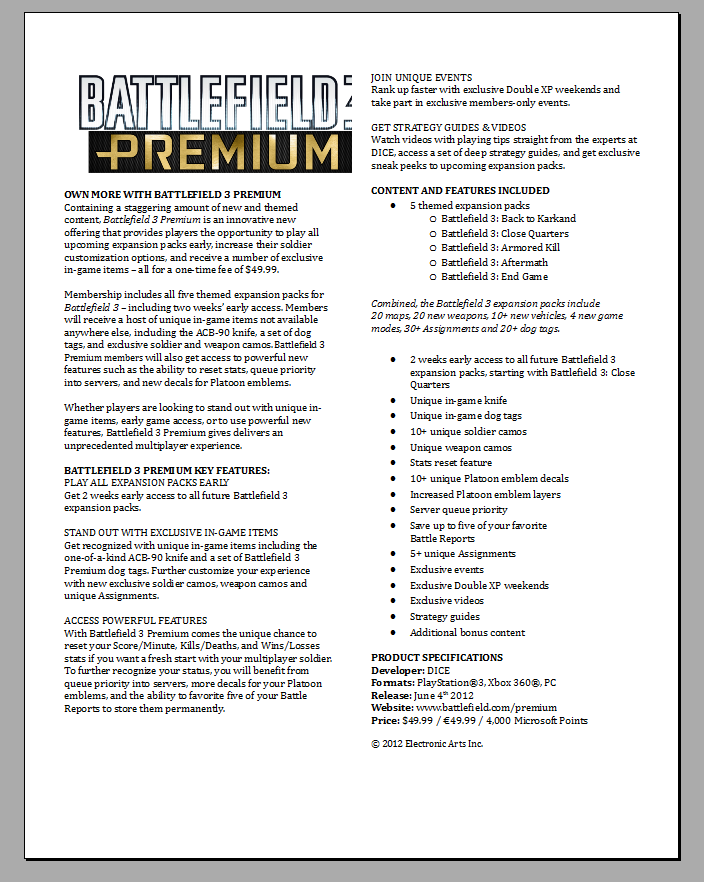