Electronic Arts has unveiled – via some invitations – that the world premiere of the next Battlefield game will be made on May 6th. According to the invitation, the first gameplay trailer will be shown next Friday, and there will be various live stream events in various locations. 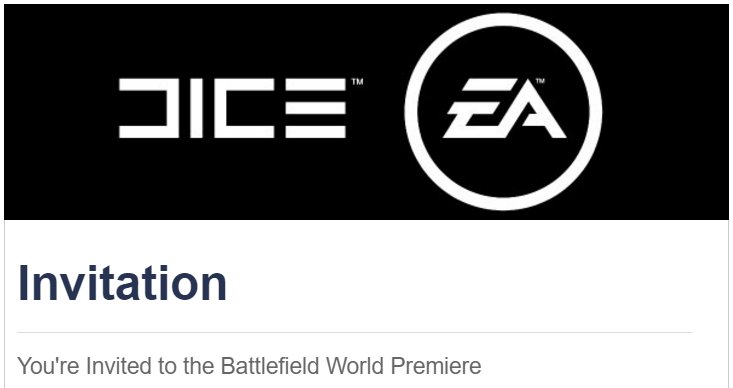 This invitation was sent to Fabian Siegismund, who confirmed that the event will begin on May 6th.

Either way, the first official details for Battlefield 5 will be unveiled next Friday, so stay tuned for more.