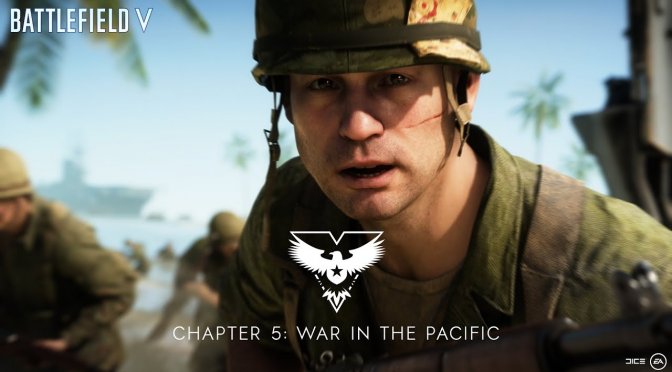 Players will fight on land, air, and sea on maps including Pacific Storm and modern takes on two absolute classic maps: Iwo Jima and, coming in December, Wake Island.  Players will also get their hands on an expanded arsenal and use anything from Sherman tanks to katanas.

You should expect at least seven new weapons and gadgets for Battlefield 5 Chapter 5. Moreover, DICE will add new vehicles such as boats.