DICE has revealed the official requirements for its upcoming first person shooter title, Battlefield 4. According to the team, PC gamers will at least need 4GB of RAM, a dual-core CPU, 30GB of free HDD and a GTX 8800GT (or an AMD Radeon HD3870). What’s interesting here is that Battlefield 4 will not support Windows XP (and most probably there won’t be any DX9 path for it). Not only that, but DICE recommends an Intel quad-core CPU (or an AMD six-core) for its shooter. The crucial thing here is that DICE did not suggest an I7, which could mean that Frostbite 3 may take full advantage of quad-core CPUs. Battlefield 4 is planned for an October 31st release and you can view the complete list for its PC requirements after the jump. 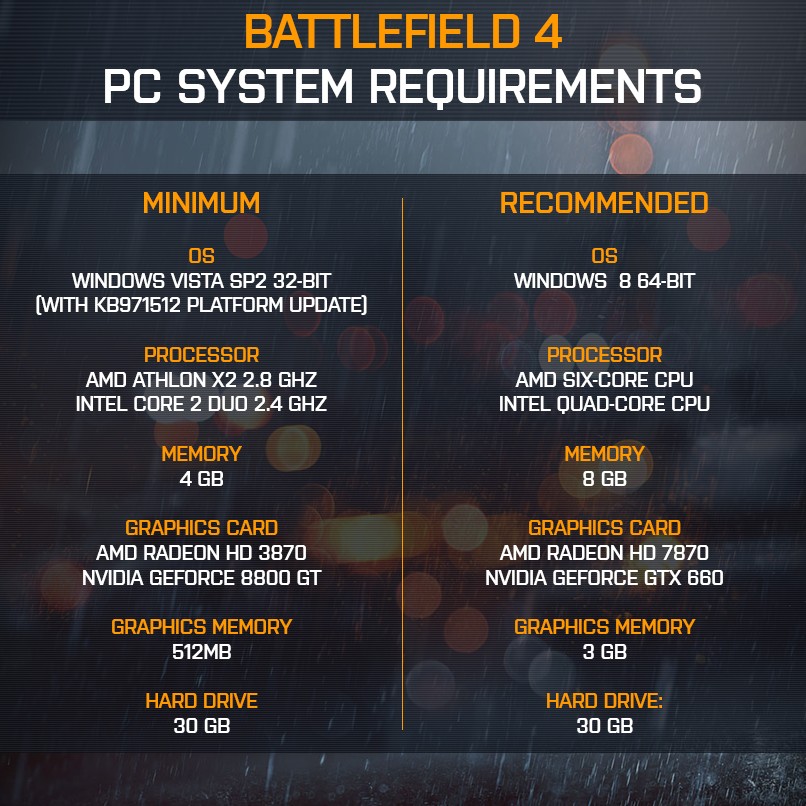