The official website of Battlefield 4 has gone live today, however its source code includes a hidden message that made some laugh and others cry out loud. It appears that IGN has already a promo article for DICE’s upcoming FPS title, suggesting that EA has partnered with IGN in order to promote it. That, or a DICE has already held a press event and showcased its title to a number of gaming portals, meaning that preview articles will start popping out in a couple of days. 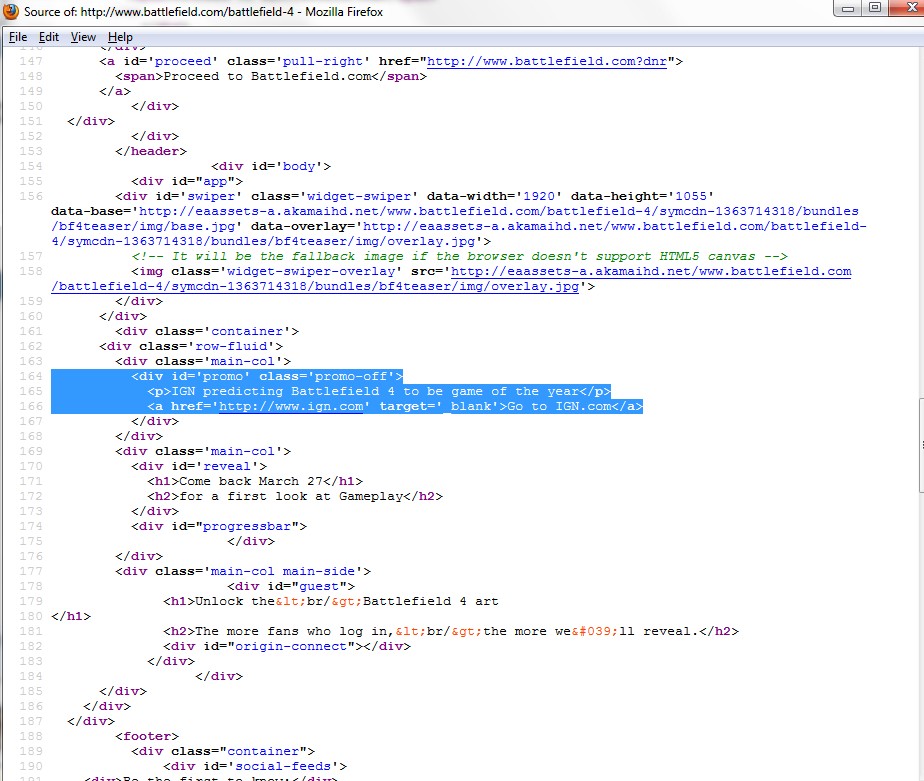 As we can clearly see in the image above (spotted by NeoGAF member ‘Wario64’), IGN has a preview article for Battlefield 4, stating that it could be the game of the year. After the debate about the exclusive on-going review that IGN has been allowed to publish, a lot of gamers felt that there was something fishy going on here between the publisher and the publication. Hell, even industrial personalities felt a bit awkward when they found out about it. 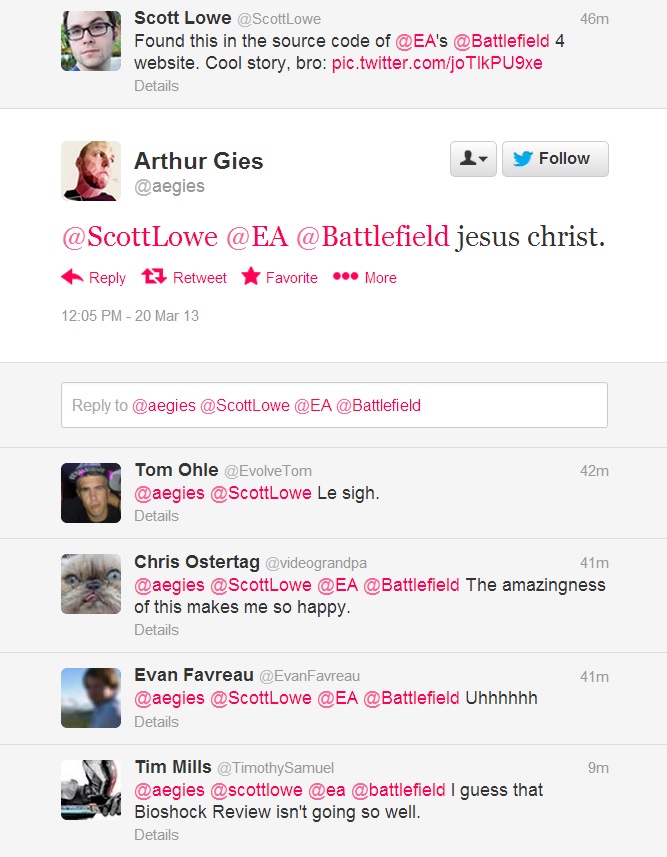 Now there are two possibilities going on here. Either IGN is currently preparing an exclusive preview for DICE’s FPS – which explains the promo hidden message as IGN was the only website mentioned – or DICE has shown the game to other publications who have not finished their preview articles yet. However, we’ve not heard about any secret press event held for showcasing BF4 to the press (it’s secreeeeeeet, of course and you don’t know anything about it), so that’s definitely a bit weird.

Contrary to the review embargo of Bioshock: Infinite, this is nothing to be ashamed of, despite the reactions of gamers and industrial people. IGN naturally chose a sensationalist title to attract viewers, which explains the game of the year comment. Truth be told, some publications may feel cheated (if IGN was only shown the game before its official reveal) as they were not able to cover it, but that’s how the industry works.

After all, we haven’t seen anyone complaining about GameInformer’s exclusives reveals and previews, so this is not as bad as people make it seem!