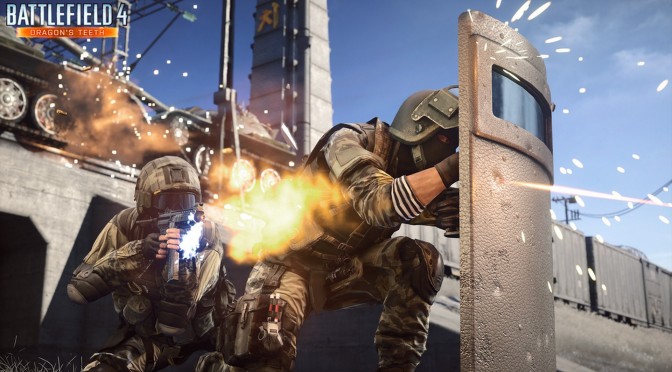 Electronic Arts announced that the latest DLC for Battlefield 4, Dragon’s Teeth, will be available on July 15th for all premium BF4 members. Dragon’s Teeth DLC will add four new maps, as well as a revamped version of Conquest Mode.

Fans will also get ten new assignments with unique unlocks and a new Battle pickup in the R.A.W.R., a remote-controlled ground vehicle armed to the teeth.

Here are some additional details about the new maps:

– Lumphini Garden: Cruise with fast-moving PWC’s on the canals in the pristine park to get the upper hand.
– Pearl Market: Wage wars within the bustling alleyways and upon the rooftops of the marketplace.
– Propaganda: Fight among massive despotic monuments in the grey concrete battleground.
– Sunken Dragon: Battle between modern high rises as you wreak havoc in a floating restaurant or drain the lake opening up for a frontal vehicle assault.