Taking vehicular mayhem to the next level as only Battlefield can, Battlefield 3: Armored Kill features 5 new drivable vehicles including mobile artillery, tanks, ATV’s complete with over 20 vehicle specific unlocks. Players will also have the ability to spawn in the all-new gunship and rain death from above.

Check out the premiere trailer – and two new screenshots – showcasing the snow-capped Alborz Mountain as well as the open terrain found in the Bandar Desert, the largest map in Battlefield history! 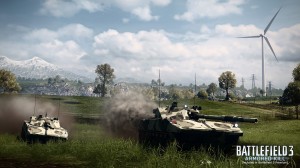 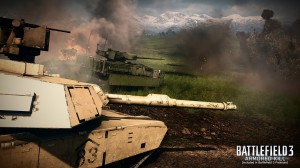