DICE and Electronic Arts revealed a new expansion pack for Battlefield 3. Battlefield 3: Aftermath will feature urban warfare on four new maps, in which players will fight through the dust and rubble, use the earthquake damaged terrain to your tactical advantage.

Set amongst the shattered districts, streets and surrounding villages of a post-earthquake Tehran Battlefield 3: Aftermath depicts a continuing struggle for supremacy and survival amongst the devastation. With operational capacity severely compromised the opposing forces must adapt and engage in vertical and horizontal urban combat amongst the dust and rubble with cracks and fissures in the terrain providing unexpected cover and paths to objectives. Additional support comes in the form of heavily modified troop transports and civilian vehicles specially adapted to deliver deadly force to the enemy.

No release date has been announced as of yet! 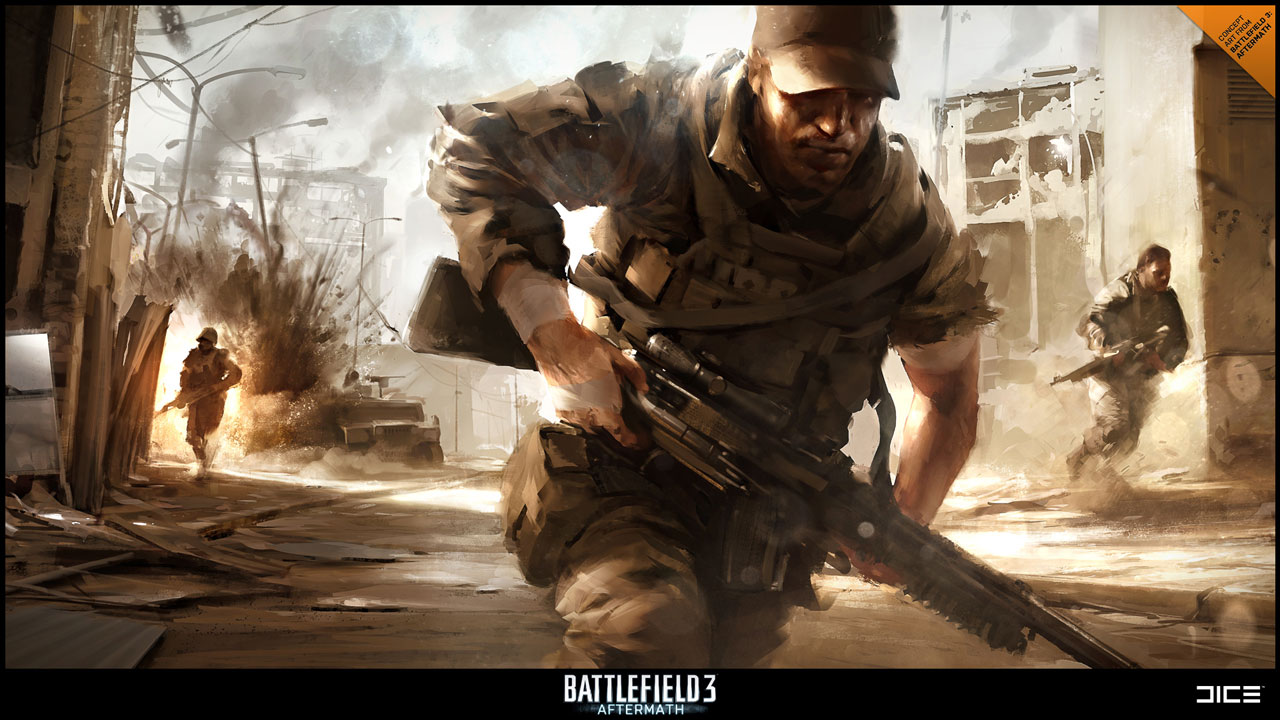