According to the press release, the “Hunter, Hunted” multiplayer mode brings the excitement of “Last Man Standing” to Batman: Arkham Origins.  The new 3v3v1 mode pits three Bane thugs, three Joker thugs, and Batman against each other to be the last team standing.

With no respawns, the new “Hunter, Hunted” mode takes Batman: Arkham Origins multiplayer to a whole new level of intensity with heightened tension, risk, and rewards. 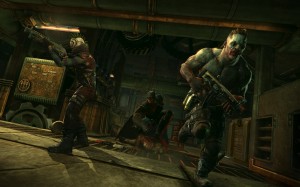 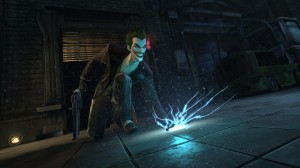