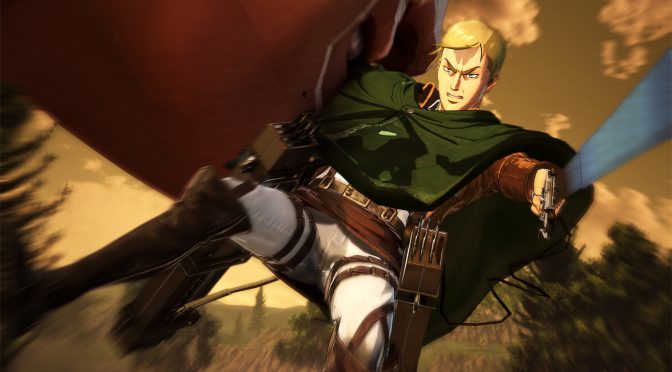 KOEI Tecmo has released a new Battle trailer for the sequel to the hugely successful ‘A.O.T. Wings of Freedom’, the titanic action game based on the worldwide anime series phenomenon, Attack on Titan. Attack on Titan 2 will release on March 20th and players will be able to create their own custom Scout.

With enhanced Titan movements, Scouts will have to strategically use a plethora of new abilities in order to survive; from evade-style attacks like the hook drive ability, to long-rage sneak attacks. As such, players will be able to carefully strategise with the help of the new monocular tool.

The game will also feature additional RPG elements. These elements will allow players to build relationships with their favourite characters from the Attack on Titan universe to gain a deeper understanding of their comrades.