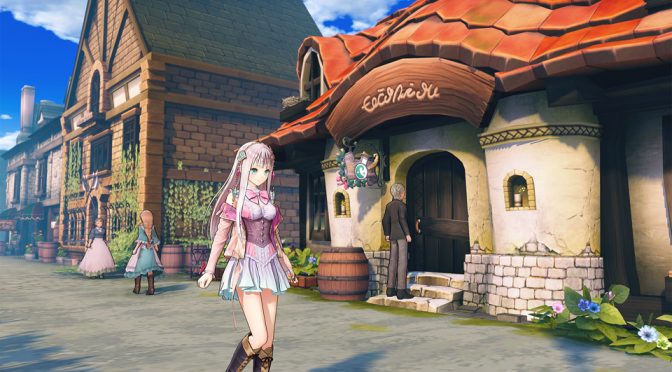 KOEI Tecmo has announced that Atelier Lulua: The Scion of Arland will be coming to the PC in Spring 2019. As the press release reads, this latest entry to GUST’s popular Atelier franchise continues the fan-favorite Arland trilogy; set several years after Atelier Meruru: The Apprentice of Arland.

This new entry follows the young Elmerulia Fryxell; an energetic and positive young girl who studies alchemy diligently to live up to the legacy of her mother – the famous Rorona Fryxell. Supported by her close childhood friend, the hardworking and caring Eva Armster, she works hard to fulfill her dream and become a renowned alchemist. Fans of the Arland series will be able to re-meet old characters, and re-explore the land of Arland, to see how the flow of time has changed everything they once knew.

Atelier Lulua: The Scion of Arland has all-new synthesis, exploration, and battle systems in place which combine the familiar Arland system with fresh new gameplay mechanics. Blending the Arland-style gameplay with the latest Mysterious series opens a variety of exciting new possibilities.