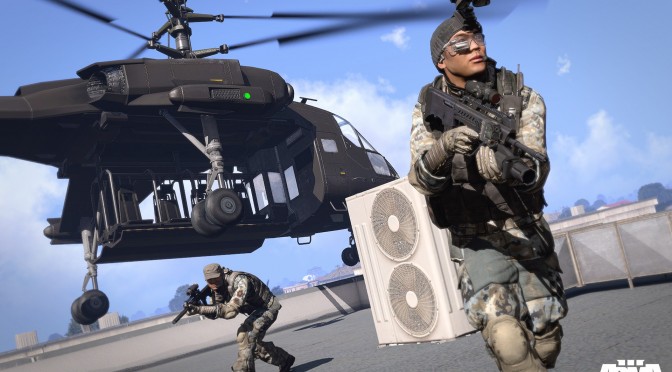 Bohemia Interactive today announced the official release date for Arma 3’s second premium DLC, Arma 3 Helicopters. Lifting off on November 4th, the new DLC will introduce the highly detailed CH-67 Huron and Mi-290 Taru heavy-lift helicopters, and will be supported by a variety of free new content and features in an accompanying Arma 3 platform update.

The CH-67 Huron is a twin-engine, tandem rotor heavy-lift helicopter.It is a modernized version of the CH-47 Chinook and its primary role is the transportation of troops, vehicles and cargo.

“The Huron exists in two variants: the armed variant with two side gunners manning 6.5 mm gatling guns, and the transport version which replaces the gunners with two additional passenger positions.”

On the other hand, the Mi-290 Taru is a heavy utility helicopter with coaxial rotors and a unique modular construction.

“Various mission pods allow the Taru to serve many different roles. It can transport cargo, troops, and provide battlefield supplies (ammunition, fuel, repair facilities, and medical equipment). The helicopter can also transport light vehicles thanks to its sling loading capabilities. The latter, sling loading, is a brand new feature in Arma 3, and will be demonstrated in the official Sling Loading showcase scenario, which is included in the Helicopters DLC package.”

As the press release reads, the addition of the two new helicopters and their skin variants will place a stronger emphasis on the role of logistics in Arma 3’s open-world combat. This idea is complemented by the upcoming Arma 3 platform update, which delivers a variety of free new playable content, alongside multiple game-changing features.

In terms of content, the Arma 3 platform update will ship the brand new Support multiplayer mode, where players will need to provide various types of helicopter support – such as troop transport and medevac – in Sector Control multiplayer scenarios. In addition, the update will include a set of ten VR Training helicopter stages, and five helicopter Time Trials, of which four will be exclusive to Helicopters DLC owners. A variety of new in-game objects, ranging from landing platforms to military decorations and more, will also be made available to Arma 3 content creators. Plus, Bohemia Interactive will add a related set of new Steam Achievements to the game.

With regards to the new features, the Arma 3 platform update comes with the optional RotorLib helicopter flight model, which is an upgraded version of the flight model used in Bohemia Interactive’s Take On Helicopters. Furthermore, the platform update will include the aforementioned new ability to sling load cargo, and last but certainly not least: the much-anticipated firing-from-vehicles feature. This functionality enables vehicle passengers to fire their weapon while seated. 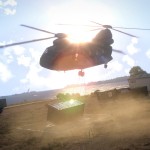 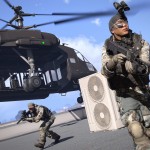 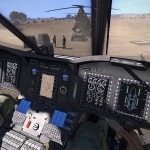 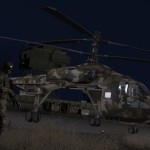