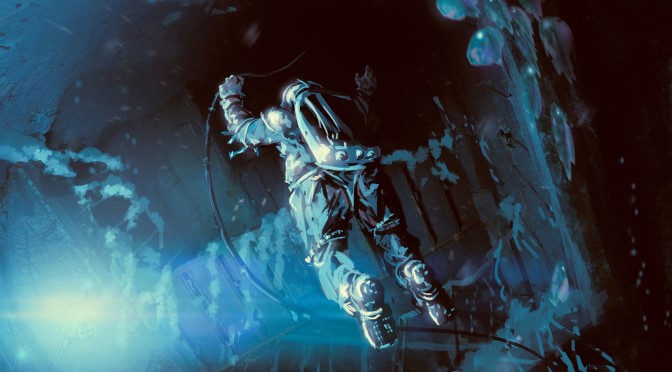 The game takes place under the sea shortly after Dr. Bailey’s submarine crashes, leaving him stranded on the ocean floor.

“You directly control the drone and Bailey follows close behind, making him sort of a sidekick. ATMA’s the one that gets the cool toys, the doctor merely tags along to pick up samples and oxygen canisters.”

Anoxemia aims to keep a tight focus on the plot. It plays with storytelling methods both subtle and not so subtle, creating an amazing sense of tension and intrigue.

Anoxemia is coming out on January 16th for PC, Mac and Linux.