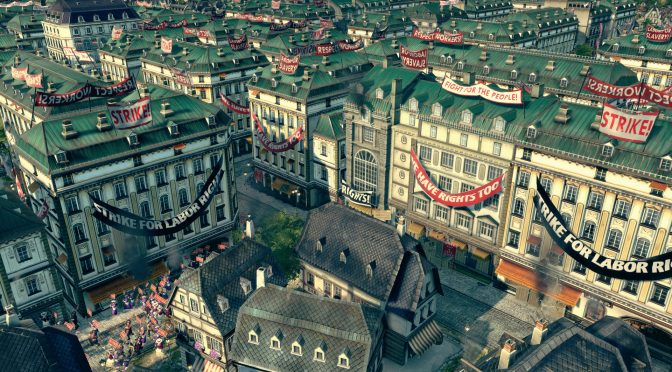 Ubisoft has announced that a brand new update for its latest strategy game, Anno 1800, will release on July 30th. According to the team, game update 4 will allow players to zoom the camera significantly further out, will bring performance optimizations and improvements, and will feature a new and improved minimum stock system to the Trading Post.

Ubisoft has also reworked and rebalanced Expedition rewards to make them feel more rewarding across all difficulty levels, and improved the usability of the trade routes menu by adding a text filter and a toggle for other ships displayed in the trade route menu strategy map. In addition, the team has reduced the notifications spam for low threat incidents.

It’s also worth noting that patch 4 will sport some balance tweaks. For instance, the quality of rewards granted by resident quests has been rebalanced, the rewards for a variety of activities has been improved, and the moral value for difficulty level three expeditions has been rebalanced.

UPLAY will download this update once it becomes available next week, and you can find below its complete changelog.