Ubisoft has announced that a new tool will be released for the PC version of Assassin’s Creed Origins, the Animus Control Panel. According to the French company, this tool will allow PC players to tweak some game parameters to create their own game experience.

Ubisoft will reveal more details about the Animus Control Panel in the next couple of weeks, so stay tuned. The company has also shared the following low-resolution screenshot that shows some of the parameters that PC gamers will be able to adjust. 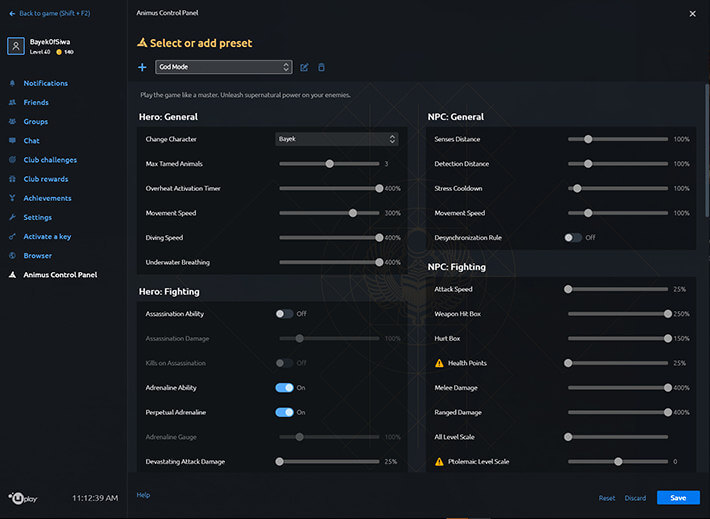