At E3 2019, AMD revealed that its next generation graphics cards that will be based on its RDNA architecture will support hardware ray tracing effects. As such, the red team basically confirmed that a) its new RX 5700 and RX 5700 XT GPUs will not support any ray tracing effects and b) its new GPUs – which will most likely arrive in 2020 prior to the release of next-gen consoles – will support it. 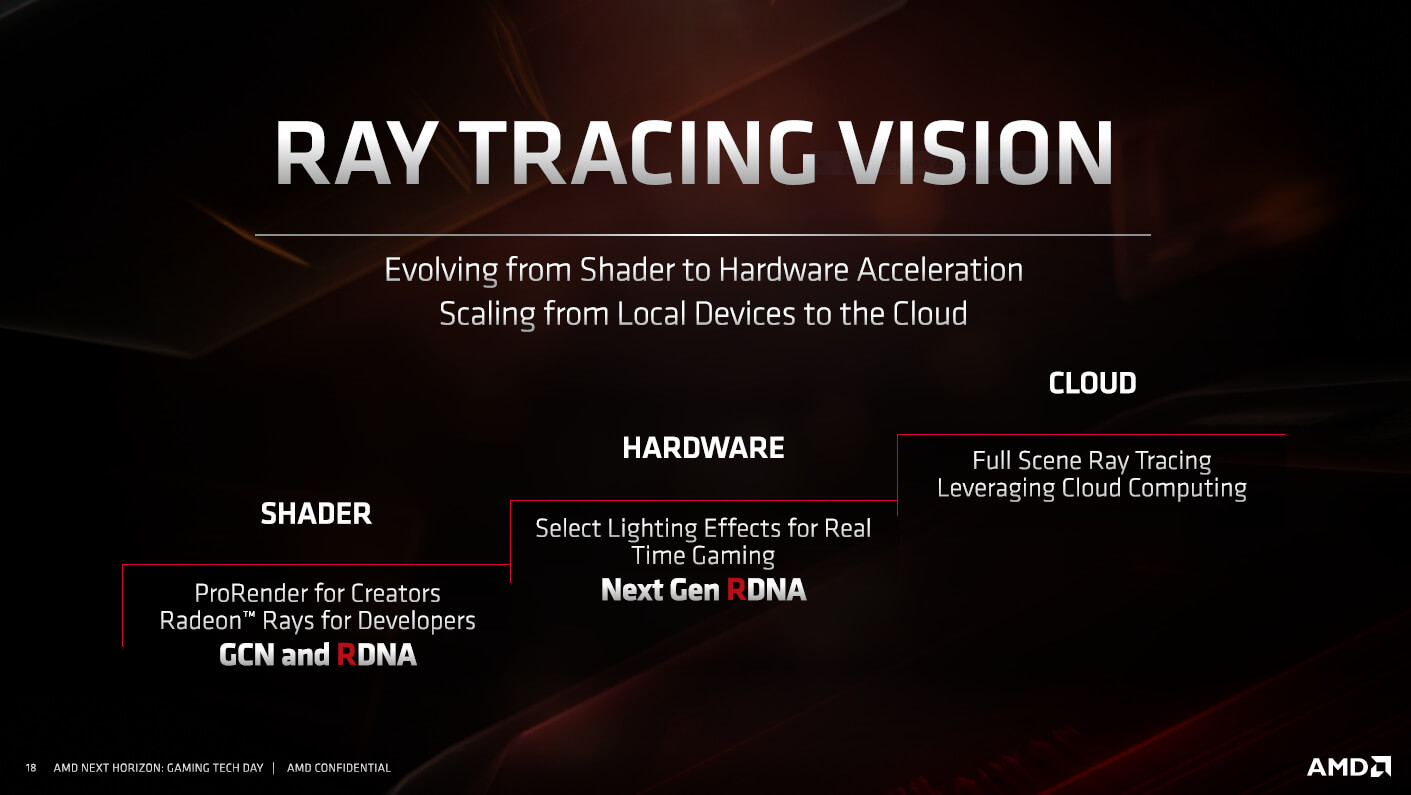 Since Sony and Microsoft confirmed that their upcoming consoles will support ray tracing, we can only assume that the red team did not include any hardware-accelerated ray tracing support on its upcoming RX5700 and RX5700 XT graphics cards on purpose.

According to the slide, the next-gen RDNA GPUs will feature hardware-based support for select lighting effects for real-time ray tracing in games. This is pretty much what we’re seeing today with NVIDIA’s RTX series. Even though NVIDIA’s GPUs can offer full path/ray tracing support, most triple-A developers are using Ray Tracing for specific effects.

AMD claims that it will be able to offer full scene ray tracing effects via the cloud. Now I don’t know whether this can be used in video-games or whether the red team is hinting at this being used in completely different applications. And, to be honest, given how disappointing the destruction system was via the cloud in Crackdown 3, I don’t know whether full scene ray tracing is achievable via the cloud in interactive applications like video-games.

Still, the good news is that in 2020 we will most likely get GPUs from AMD that will support ray tracing effects!