AMD has announced that it will let the public get its hands on its new RX Vega graphics card in Budapest on July 18th. As AMD noted, on Tuesday, July 18 from 2 to 7 PM, it will be transforming the Akvárium Klub into a PC gaming zone in which it will be bringing rigs powered by Radeon RX Vega with today’s most popular games for gamers to try.

Although AMD did not reveal the games that will be showcased, our guess is that the red team will let the public test games that favour its graphics cards, such as DOOM, Sniper Elite 4, Battlefield 1 and PREY. Moreover, AMD did not reveal whether gamers will be able to use any framerate counters (you know, in order to see how these cards perform) or whether these systems will feature a single or two RX Vega GPUs in Crossfire. 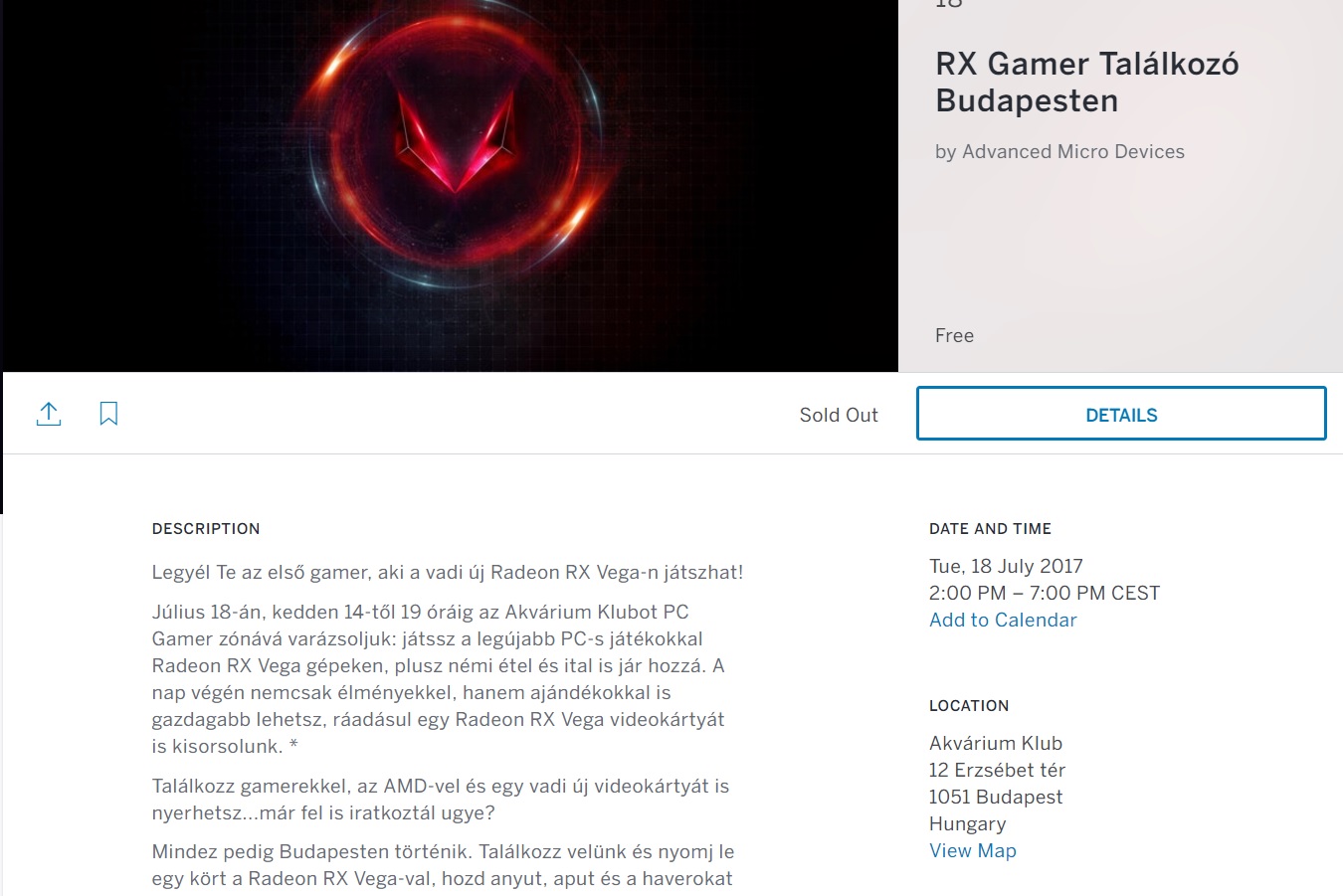 AMD will also showcase the RX Vega in Portland (PDXLAN) on July 21st to July 23rd and in Los Angeles during SIGGRAPH 2017, when we expect the red team to official release it.

In somehow related news, Duderandom84 has released two new videos in which the AMD Radeon Vega Frontier Edition is put against the NVIDIA GTX1080 and the NVIDIA GTX1080Ti in Ghost Recon: Wildlands and Grand Theft Auto V. And the results were not that good for AMD’s GPU. Now as we’ve said numerous times, the AMD Radeon Vega Frontier Edition is meant for workstation users and not gamers. Still, these videos can give us an idea of what we can expect from RX Vega.

In both of these titles, the AMD Radeon Vega Frontier Edition performed worse than even the default GTX1080Ti graphics card. And while the performance difference in Ghost Recon: Wildlands was around 4-9fps, in GTA V the GTX1080 was able to surpass the AMD Radeon Vega Frontier Edition in some scenes by 30fps. Now that’s a huge performance difference, and we don’t know whether the gaming variant will be able to close this gap!