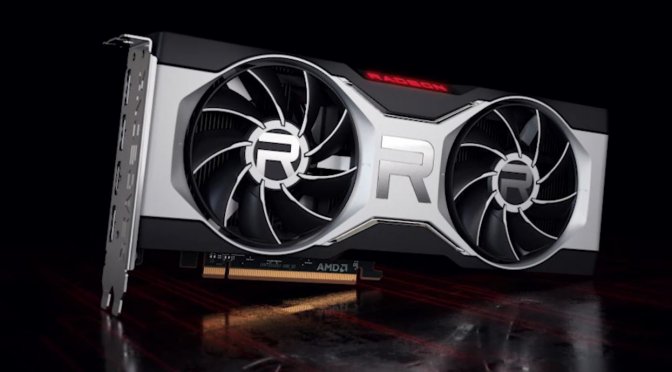 AMD has just announced on Twitter that the company is going to reveal a new Radeon RX 6000 graphics card during Episode 3 of its “Where Gaming Begins” event on March 3 on 11 AM US eastern time. Although the chipmaker didn’t specify the exact GPU model, it’s likely going to be the Radeon RX 6700 XT graphics card.

The company has shared some renders of the card as well, which are most likely of the RX 6700 XT GPU.

The RX 6700 XT GPU is going to be the third entry in the RX 6000 series graphics family, based on the Navi 22 silicon and RDNA2 architecture. 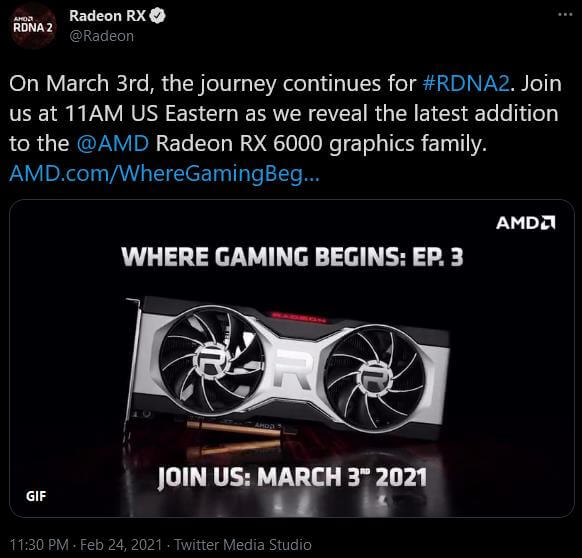 We also expect the company to announce the non-XT variant as well. The new teaser confirms that the Radeon RX 6700 XT does not have a USB Type-C connector, and a quick glance at the front of the graphics card reveals three DisplayPort 1.4a outputs and a single HDMI 2.1 port. The RX 6700 XT appears to have a shorter cooler with only two cooling fans. 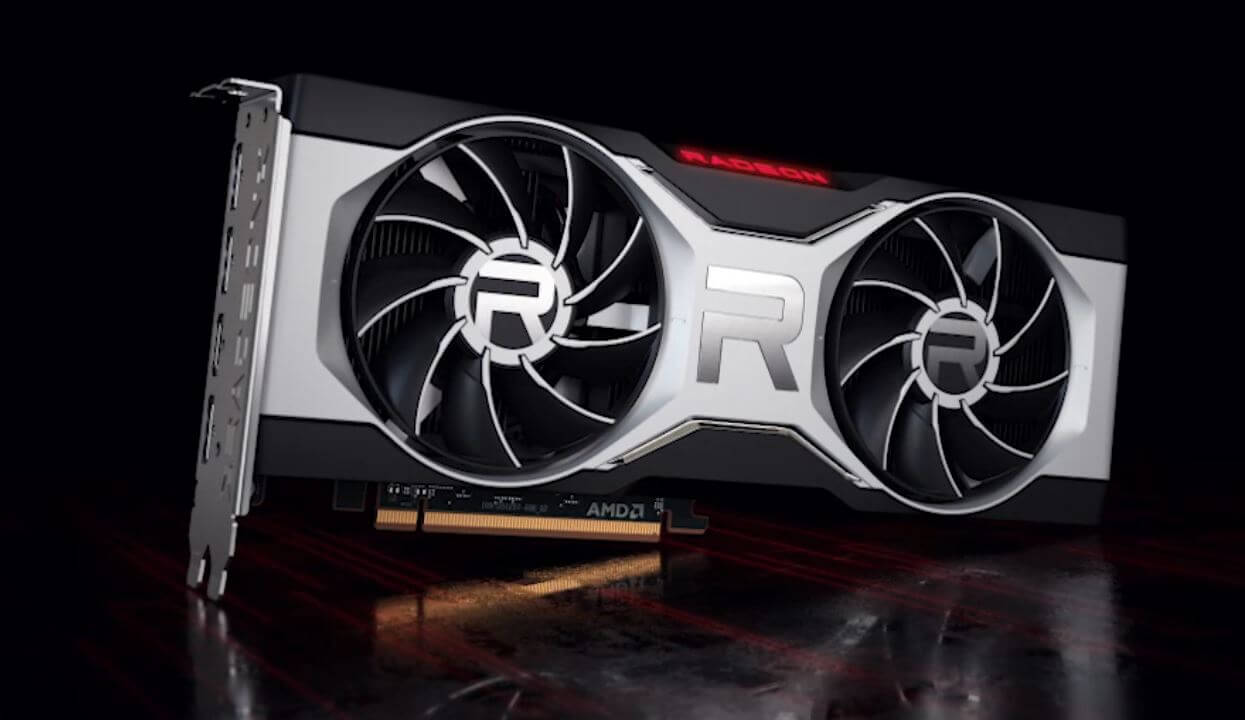 The card will feature 12 GB of VRAM, likely being attached to a 192-bit memory bus interface. The RX 6700 non-XT GPU is also expected to feature 12 GB of GDDR6 memory, and a 192-bit memory bus interface. The exact CU count of this non-XT SKU has not been fully confirmed yet, but the card will be a cut-down variant having fewer CUs than the XT model.

This places the card in direct competition with the Nvidia’s RTX 3060 12GB GPU. AMD will also most likely use 16 Gbps memory dies which would provide a total bandwidth of 384 GB/s.

These mainstream/mid-range Radeon 6000 series GPUs might offer more value for money than the other flagship Big Navi cards, but assuming we can buy one at the MSRP rate set by AMD, which seems unlikely.

These cards are aimed at the sub-$500 GPU market segment, and target 1440p gaming. Once again, GPU’s stock, price and availability are going to an issue, given the recent demand/supply market condition, and manufacturing and shipping costs involved.

Though, this still won’t stop AMD from releasing new SKUs, but gamers are helpless in the end if they cannot grab any new GPU due to scalping and other issues. Also, don’t expect these cards to be easily sold in retail shelves at least at the MSRP rate set by AMD. They are going to have a premium price tag.

It appears that AMD won’t be launching the non-XT GPU at the same time, and the company might postpone this SKU for the future.

According to a recent report coming via Cowcotland, AMD would allegedly only showcase one GPU in this series, the RX 6700 XT on March 3rd.

Though, you should still treat this as a rumor for now, but chances are there AMD might delay the non-XT variant assuming this GPU will only sport 6GB of VRAM, instead of previously rumored 12GB variant as well.

It won’t make sense for the company to push a 6GB variant in the market now, given the fact that Nvidia has not even announced the rumored GeForce RTX 3060 6GB variant, or any other 6GB Ampere-based SKU for that matter.

“We have some new information on AMD’s announcement on March 3. Only the RX 6700 XT will be announced. There was indeed an RX 6700 in the red program, for March 15th, but it has been delayed (for the moment) and we will therefore only have the RX 6700 XT which will be commercially available on March 18th”. – Cowcotland.