Back in March, AMD released its new Ryzen CPUs. And while these CPUs under-performed in gaming, they are still considered great CPUs (especially due to their lower prices, at least when compared to Intel’s counterparts). And according to PassMark’s quartely reports, AMD saw in Q3 2017 its biggest market share increase in recent years. 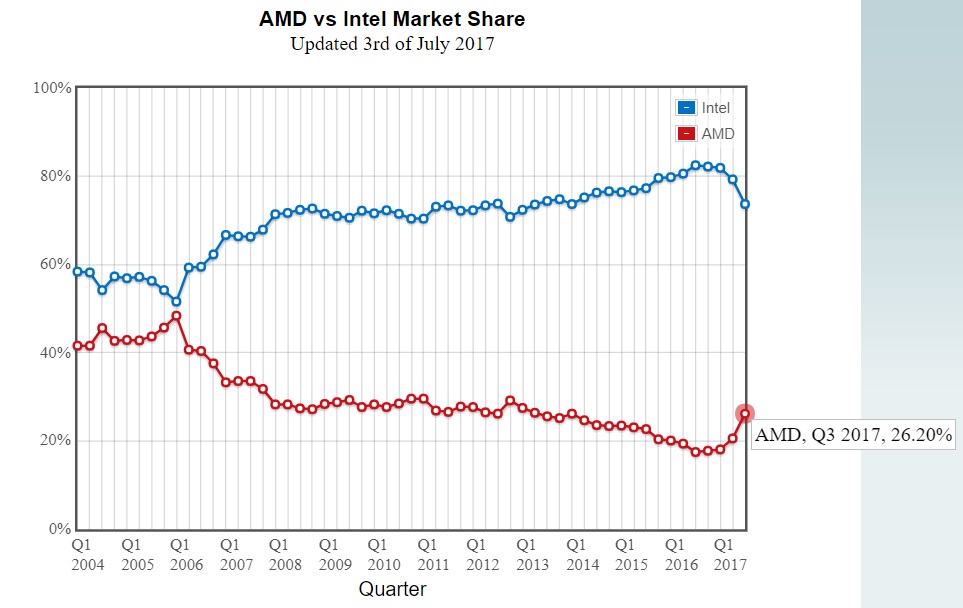 So, great news overall for AMD, right? Indeed, however there is a catch here. PassMark noted that this graph counts the baselines submitted to it during these time periods and therefore is representative of CPUs in use rather than CPUs purchased.

Furthermore, this chart only includes x86 processors and does not include other chip architectures these manufacturers may sell. And since the PerformanceTest software only runs on Windows OS and counts on user submitting their benchmarks, this chart may be non reflective of non Windows user base.

Still, this graph will give you an idea of how AMD’s Ryzen chip was received by users.

AMD will release its Ryzen Threadripper CPU later this month, so it will be interesting to see whether the red team will be able to further increase its market share in the fourth and final quarter of 2017!