The AMD Ryzen 5 CPUs are slower than Intel’s top quad-core offers, though some models (like the AMD Ryzen 5 1600X can sometimes top AMD’s lowered-tier Ryzen 7 CPUs). 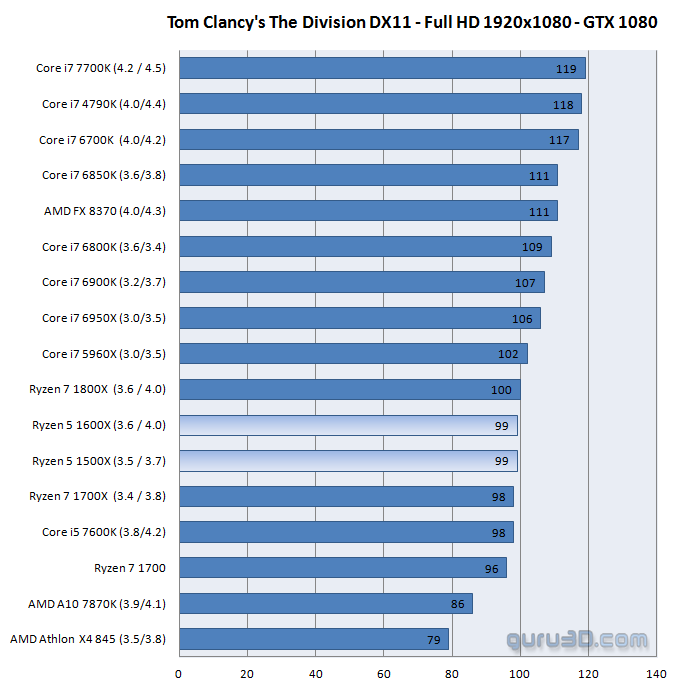 What’s also interesting that in games that rely heavily on a single CPU core, AMD’s Ryzen 5 and Ryzen 7 CPUs perform similarly. As we’ve already said, one such game is Far Cry: Primal and as we can see below, Intel’s CPUs can easily top AMD’s CPUs. 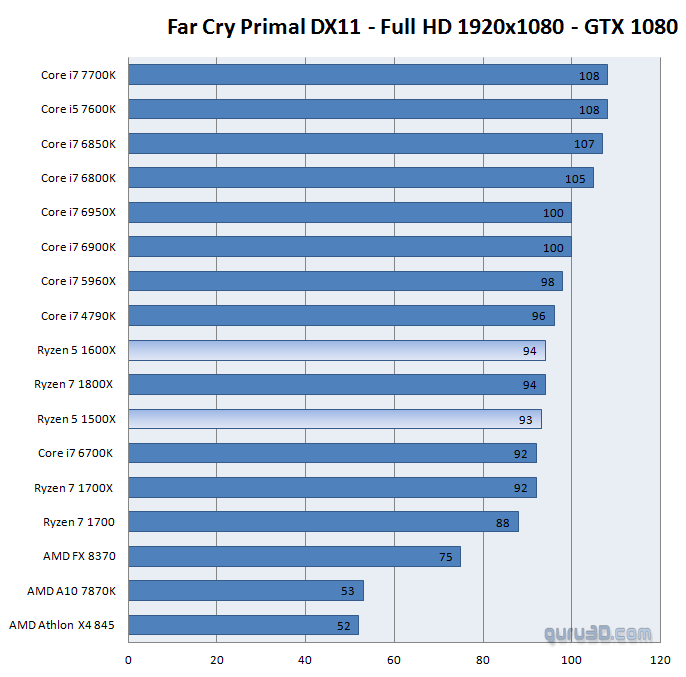 The situation is similar in both Battlefield 1 and Mafia 3. 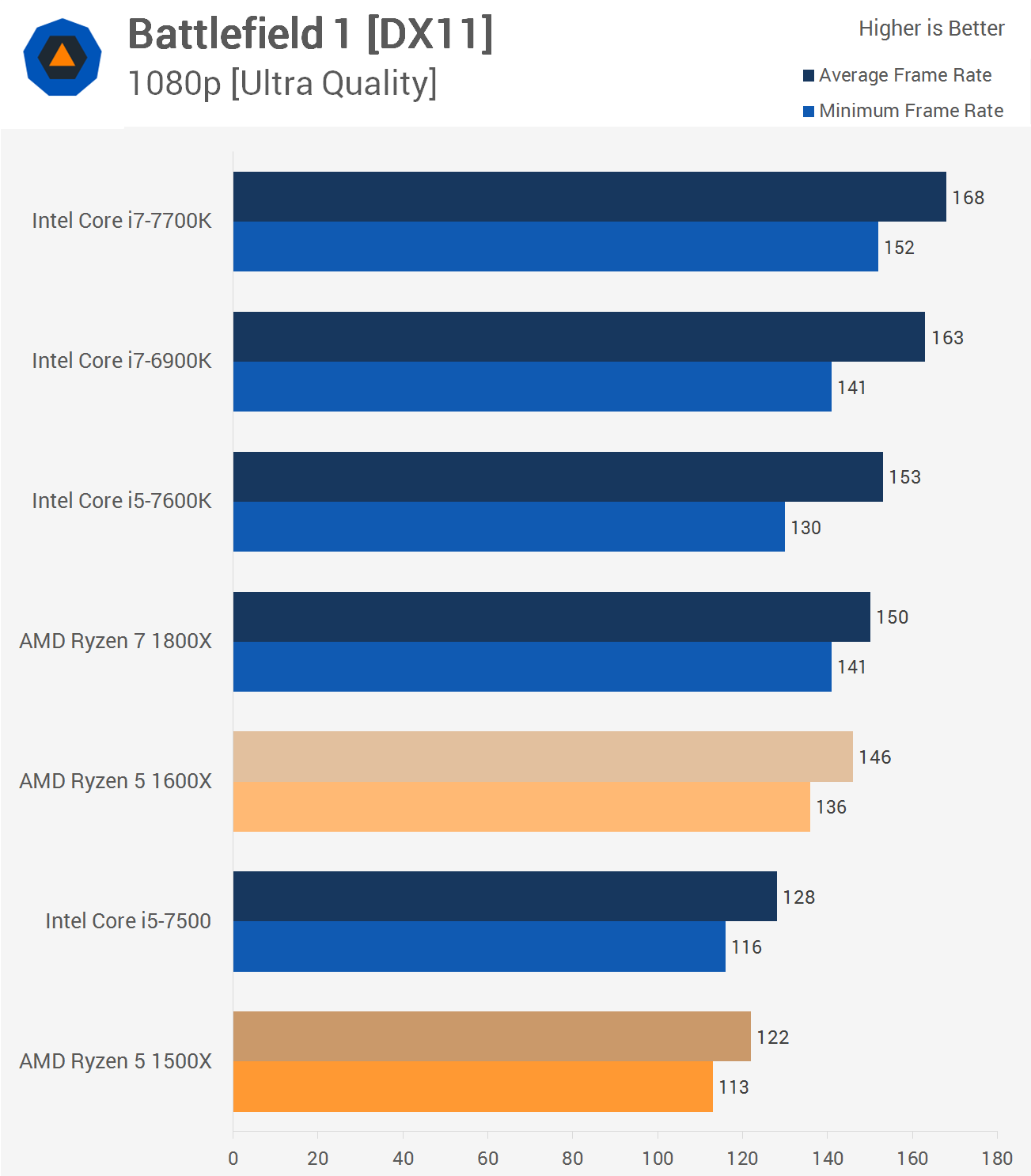 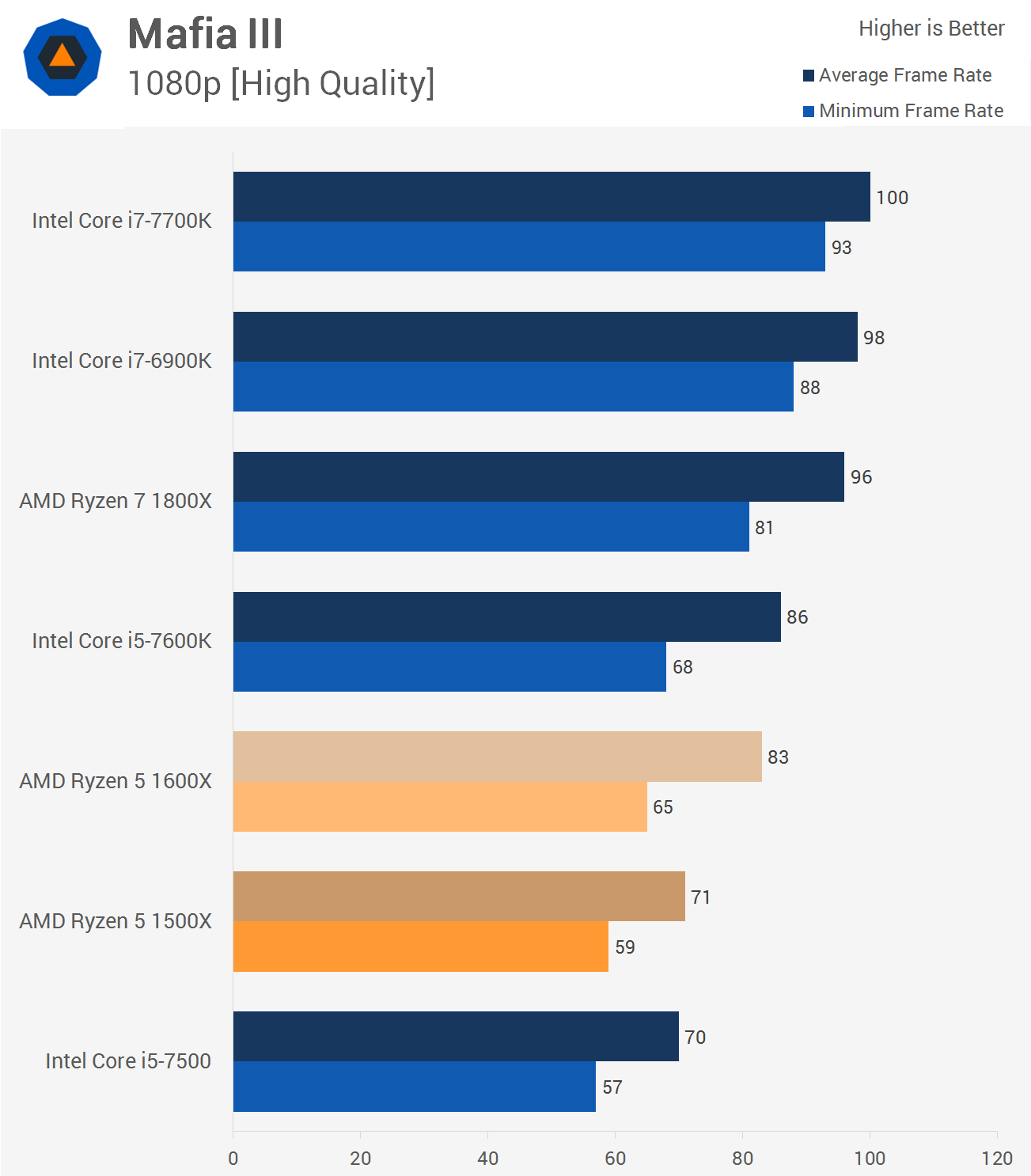 So yeah, the AMD Ryzen 5 CPUs do not impress with their overall gaming performance, especially for enthusiast gamers. However, AMD has really nailed its performance/price ratio.

Thanks Guru3D, Techspot and PCPer