Although we don’t usually share such reports, we thought it would be interesting to share AMD’s Q4 2014 results as the red team is currently working on its latest high-end GPU (that according to a number of rumors it will be beast).

AMD president and CEO, Dr. Lisa Su, announced today the company’s Q4 results and as we can see, AMD’s revenue has dropped considerably over the past few months. While the red team earned $1.59 billion during last year’s Q4, in 2014 it earned $1.24 billion. 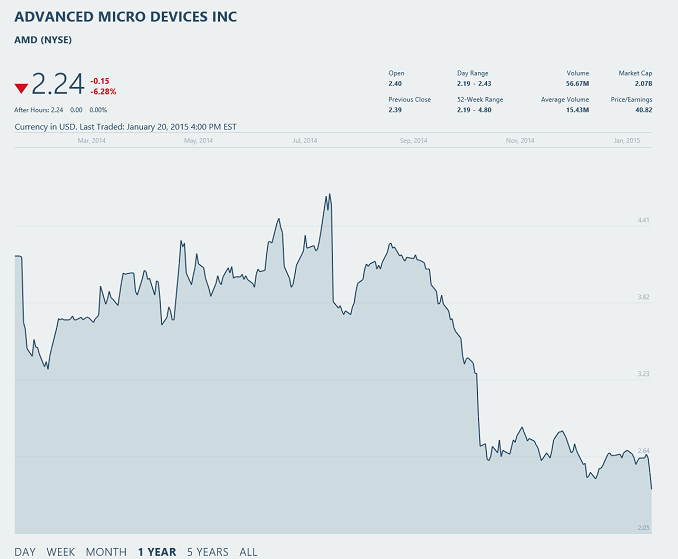 In short, we’re talking about a 22% revenue drop; a drop that may – or may not – have an impact on AMD’s future.

As we’ve already said, AMD is currently working on its latest desktop GPU that will most likely see the light of day in Q2 2015.

Kudos to AnandTech for reporting the news, and be sure to visit it for a more details about AMD’s financial results.