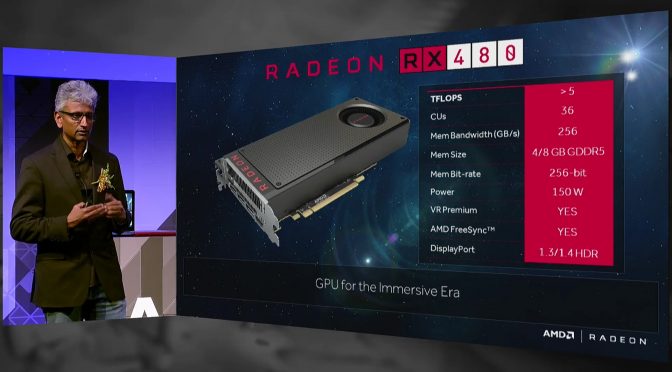 AMD’s senior vice president and chief architect, Raja Koduri, has officially announced the Radeon RX480. The AMD Radeon RX480 will be priced at $199 and will be available on June 29th, will sport over 5TFLOPS, features 36 CUs, offers 256GB/sec memory bandwidth, will come in two models (4GB and 8GB) and will be at 150W TDP. 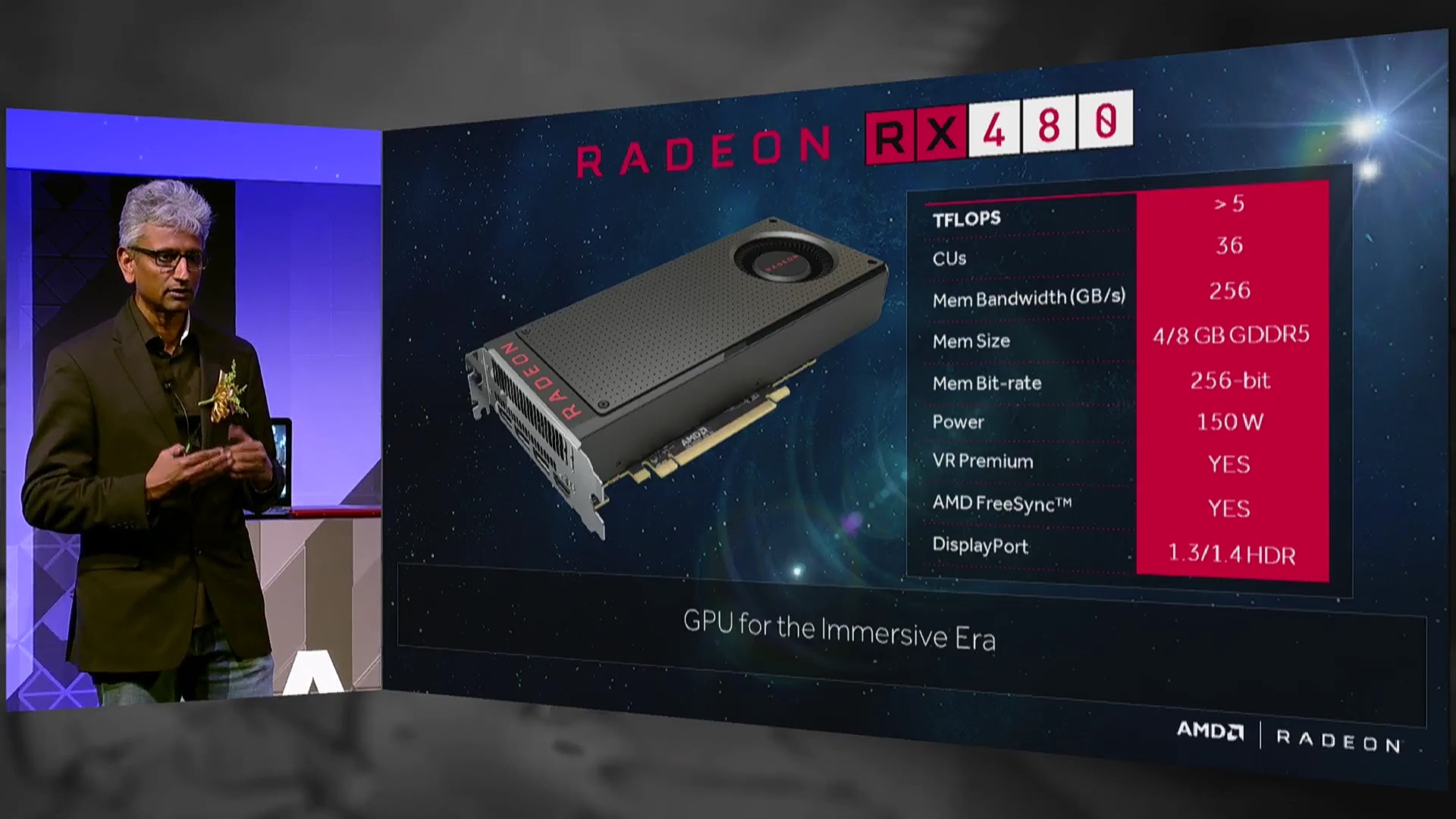 Polaris was based on the idea to make VR affordable to a lot of gamers. 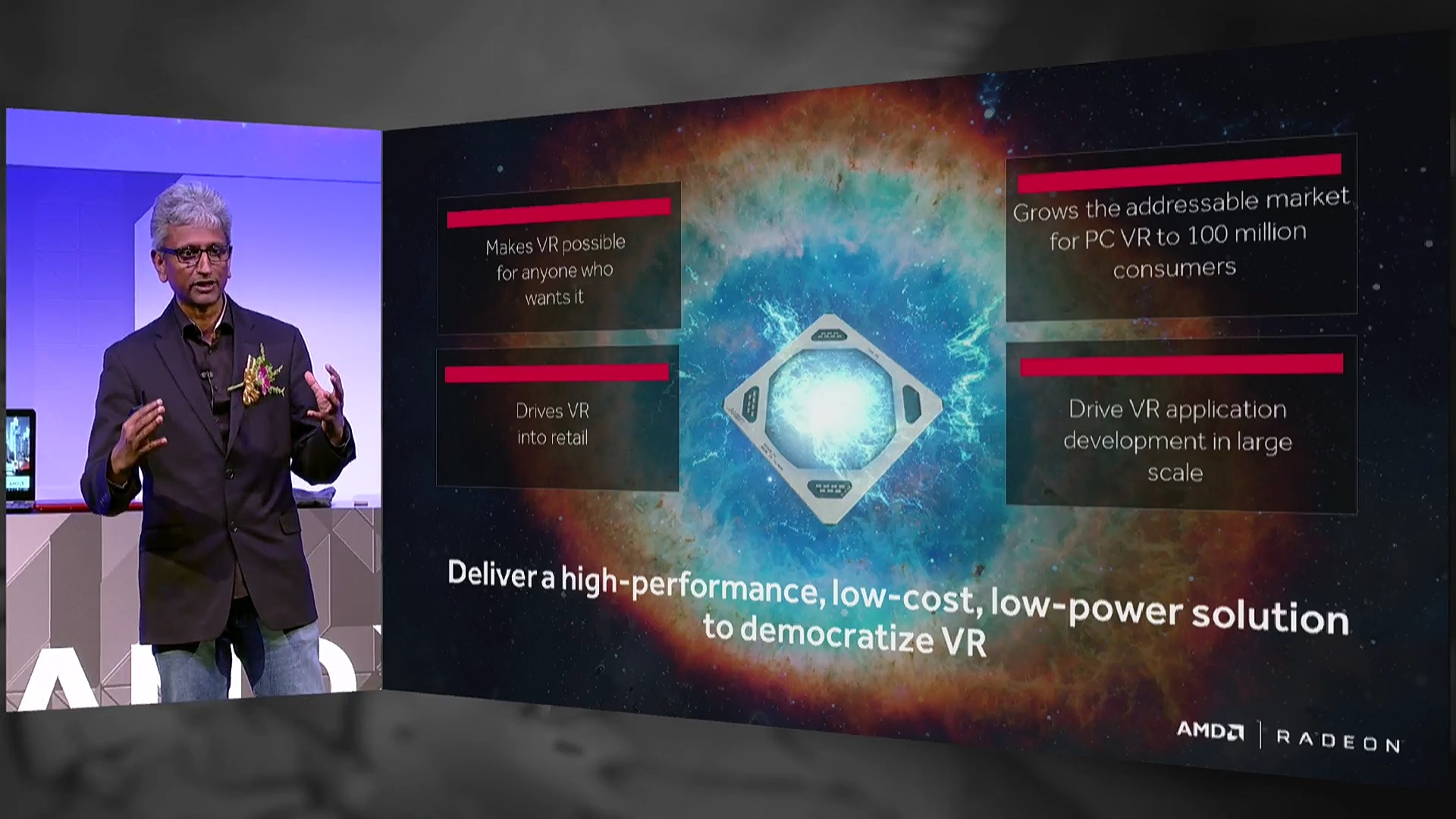 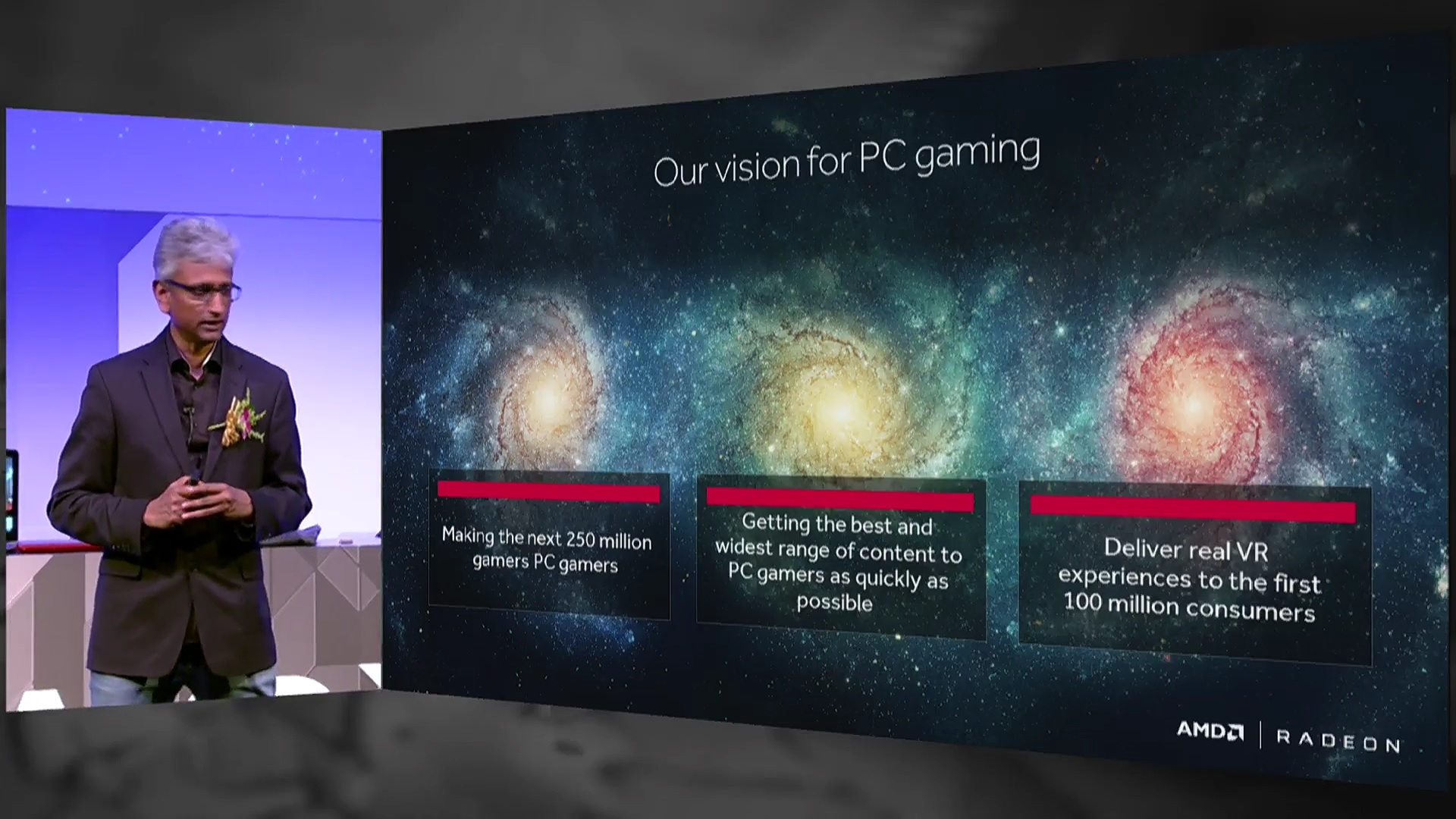 What’s also interesting is that given this card’s price, PC gamers can get a Crossfire system (2XRadeon RX480) that will cost them less than a system with NVIDIA’s GTX1080, that will offer better performance. Of course we’re talking about a multi-GPU versus a single-GPU system here, meaning that in a lot of cases teh single-GPU system will perform better (in case an engine lacks support for multi-GPUs). However, it’s really amazing that two Radeon RX480 are around $250 cheaper than NVIDIA’s GPU and perform better in such extreme scenarios like the DX12 version of Ashes of the Singularity. Yeap, NVIDIA made a big mistake there with the ridiculous price for the GTX1080. 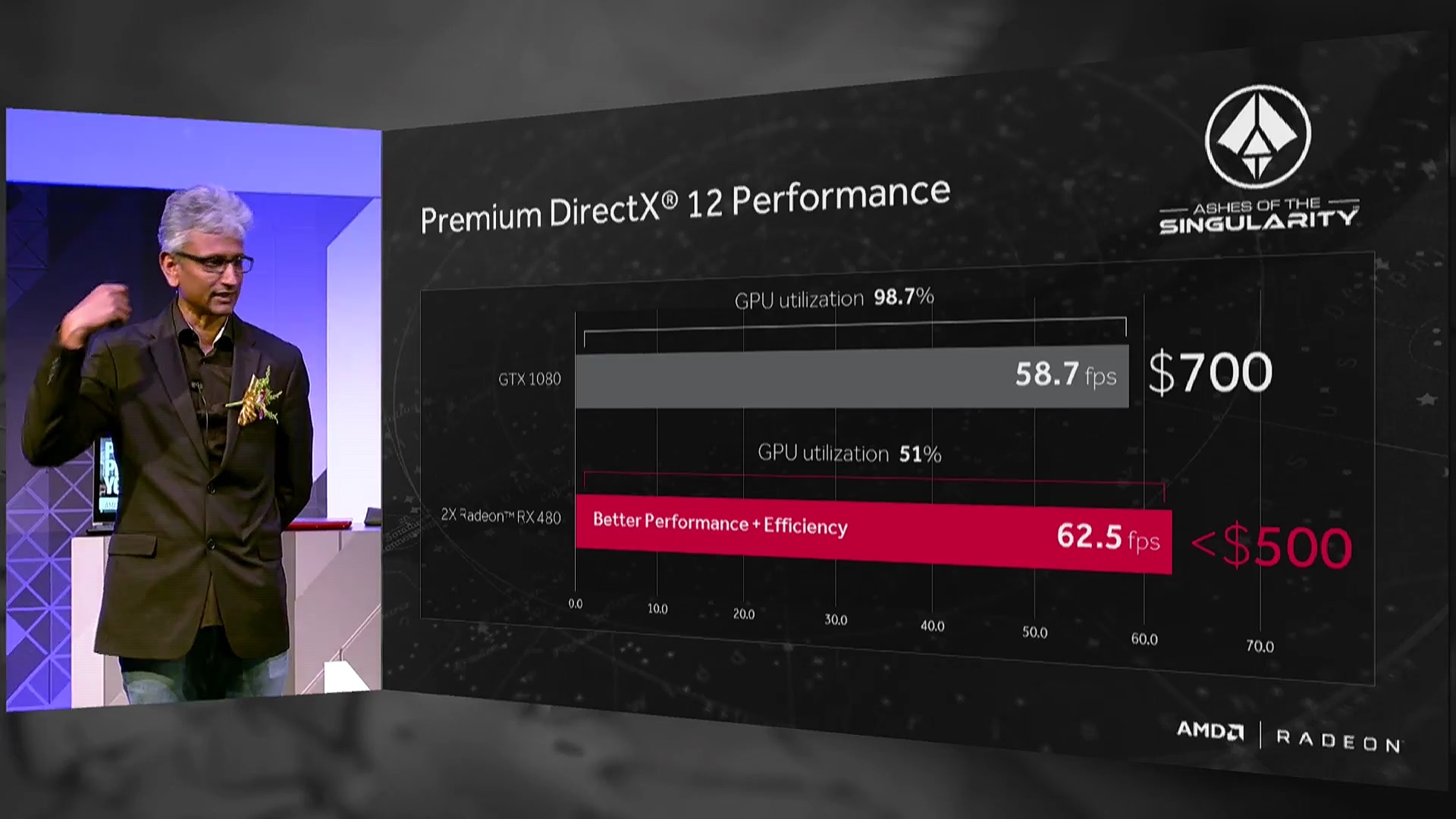