AMD is currently offering a free game to owners of specific AMD GPUs and CPUs. All you have to do is visit AMD’s website, run its verification tool, and select the free game of your choice. For your convenience, we’ve listed below the eligble GPUs and CPUs, so go ahead and take a look before visiting AMD’s website.

Before listing the eligible AMD products, here are the games from which players can choose from:

And here are the eligible AMD products. Kudos to our reader “Peter” for bringing this to our attention! 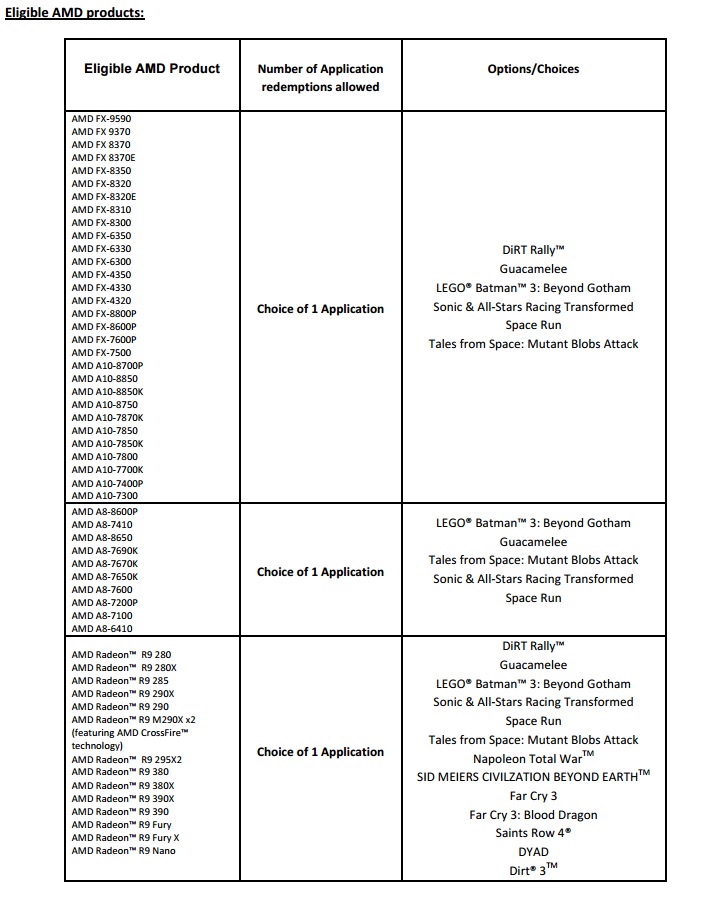 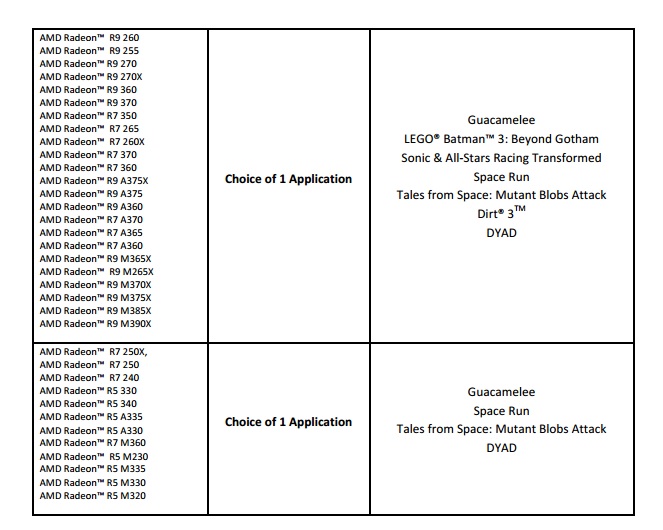 It appears that some AMD users cannot redeem a free game. The campaign period of this giveaway began on February 15th and ends on December 31st.

Moreover, eligible systems consist of a computer system manufactured and branded by one of the following Participating OEM Vendors and System Builders. 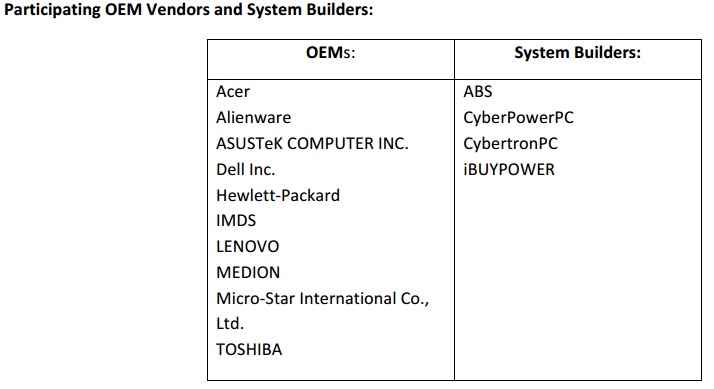