Just a few days ago AMD officially announced its RDNA 2-based flagship Big Navi graphics cards, the Radeon RX 6900XT, RX 6800XT and RX 6800, respectively. Even though the RDNA 2 Live event showcased benchmarks that favored the Radeon RX 6900 XT, Radeon RX 6800 XT, and Radeon RX 6800 over the competition, none of them included metrics related to ray tracing.

A lot of gamers have been waiting to hear about AMD’s approach to Ray Tracing. Recently a statement from AMD was published by AdoredTV, where the manufacturer has confirmed that it will support ray tracing in all games that do not come with proprietary APIs and extensions, such as NVIDIA DirectX RTX or NVIDIA Vulkan RTX.

AMD confirmed that they would be only supporting the industry standards, which basically includes Microsoft’s DXR API and Vulkan’s raytracing API.

“AMD will support all ray tracing titles using industry-based standards, including the Microsoft DXR API and the upcoming Vulkan raytracing API. Games making of use of proprietary raytracing APIs and extensions will not be supported.”— AMD marketing.

Both Microsoft DXR or Vulcan ray tracing API industry standards are slowly getting more popular, and the launch of AMD’s RX 6000-series GPUs will also push game developers away from NVIDIA’s in-house implementation, or proprietary APIs. For what’s it worth, Intel also plans to support DXR as well, with its Xe-HPG discrete GPU lineup.

What this basically means is that existing DXR-supported titles are supported, and also PC titles which will utilize the official Vulkan ray tracing API, like e.g. Control PC game which uses the DXR API. However, titles such as Wolfenstein: Youngblood and Quake II RTX will not be supported, because both of these titles use Nvidia’s proprietary Vulkan RTX API extensions. 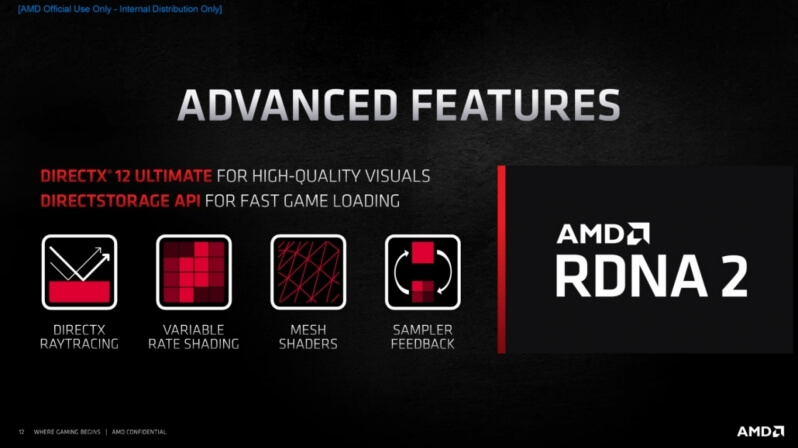