Since the initial announcement of the PC version for Horizon Zero Dawn, we haven’t heard much about this game. However, that’s about to change as Guerilla Games and Sony will release this title on the PC later this Summer. And today, AMD announced that it has bundle this upcoming open-world game with a number of AMD Ryzen 3000 CPUs. 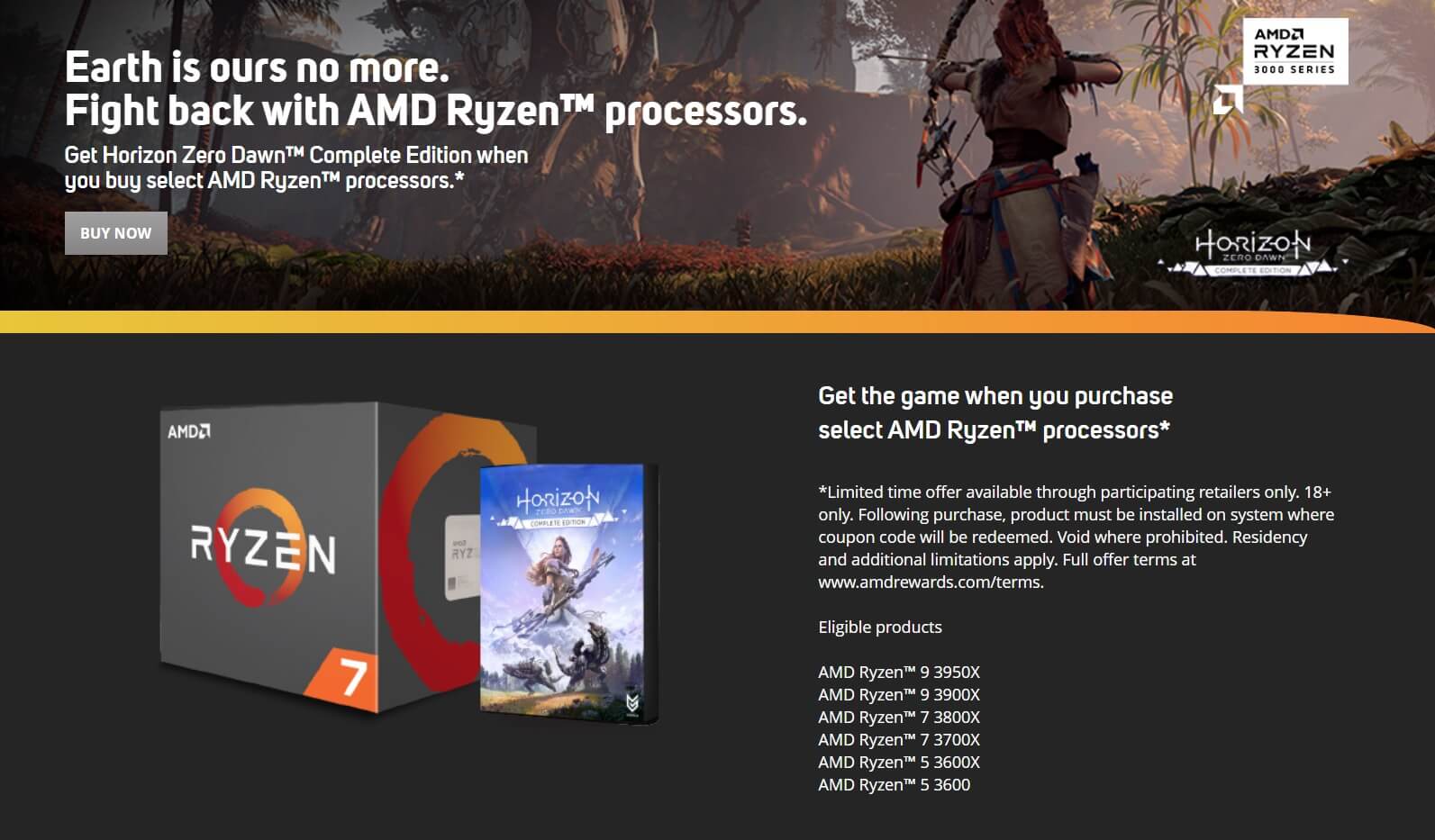 According to the red team, those who will purchase one of the following AMD desktop processors will get Horizon Zero Dawn for free. These AMD Ryzen 3000 CPUs are:

However, do note that this limited time offer is only available through participating retailers. Also, and following purchase, the product must be installed on the system where coupon code will be redeemed.

In short, be sure to check with your retailer whether it has partnered with AMD, and whether it offers this bundle.

Horizon Zero Dawn is coming to the PC in Summer 2020. Unfortunately, the game will not feature any FOV slider. Whether a mod will enable an unofficial FOV setting remains to be seen.

Lastly, and while Guerilla Games has not revealed the game’s PC system requirements, you can go ahead and take a look at the first PC screenshot!