And the time has finally come. Electronic Arts has released a new set of games on Steam. The big publisher has made available all Mass Effect, Battlefield, and Star Wars Battlefront games on Valve’s distribution service.

Now as with all previous EA games, these latest Steam releases will also require an EA Account, otherwise you won’t be able to run them. Furthermore, some – if not all – of them might require the Origin client.

It’s also worth noting that all of these games come with some nice discounts. For instance, you can get Battlefront 2 with a 50% discount and Battlefield 3 with a 75% discount.

Below you can find the entire list of the latest EA games that are available on Steam! 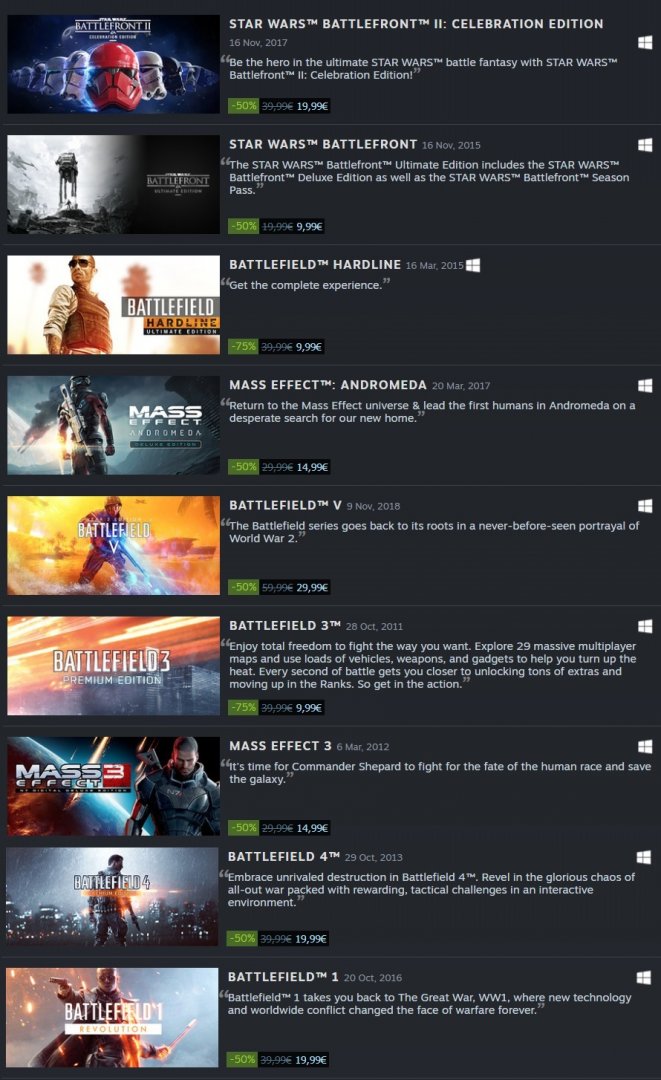