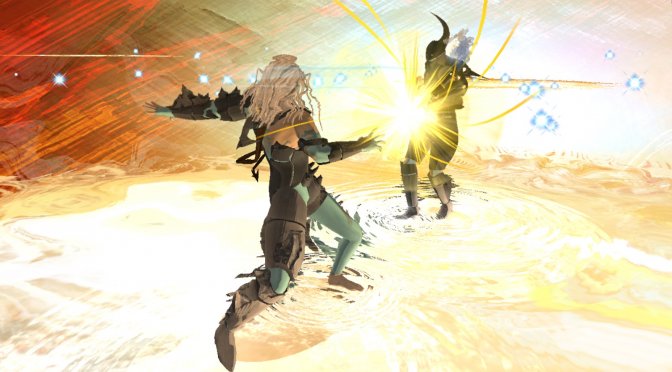 UTV Ignition Games has just announced that El Shaddai: Ascension of the Metatron will be coming to PC. Although the team has not revealed any additional details, it did share the following two PC screenshots.

This game is a combination of 2D and 3D platforming, with slick and energising combat. In this game, players will need to harness natural combat skills to master a range of powerful and ‘heavenly’ weapons under the guidance of the watchful Archangels.

“It has been 10 years since the release of El Shaddai on PS3 and Xbox 360 and we have been asked constantly by PC gamers and fans of the game for its release on this platform. We are glad to announce its release on Steam very soon!”

The following screenshots are really flashy and can hide a lot of its graphical shortcomings. After all, we are talking about a game that came out 10 years ago. And, to be honest, I don’t expect this to feature higher polygon characters or take advantage of modern PC techniques.

Still, and for all of its fans, this is great news. However, it feels a bit too late IMO.